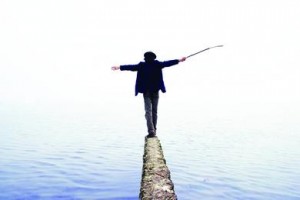 While there has been a slowdown in fund raising activity at the mega level, most placement agents, who mainly operate in the mid-market, have been enjoying a strong and steady flow of business from players who anticipate good times for investments in the mid-market.

“There has been little or no change in the mid-market where we operate,” says Armando D’Amico, managing partner of London-based independent corporate advisory firm . “Certainly there has been a slowdown at the mega fund level, but that is not where most placement agents operate. In the mid-market, demand for our services has been stable.

Insofar as the market itself is concerned, the days of easy money and vast liquidity are clearly over. While this may lead to an overall slowdown in private equity, most placement agents do not believe that they will be much affected, at least in the short to medium term.

Most mega funds do not work with placement agents and may not even use the placement agents based at the large investment banks. And now that the big private equity funds have established their own teams for managing relationships with investors, the role of the placement agent at the major banks has become somewhat challenged. As the focus of investors moves away from mega funds, which have seen the most challenge due to the volatile economic climate since sub-prime, many placement agents expect a move to mid-market and increased demand for their services.

But the independent (or boutique) placement agent has clearly carved out a well-defined niche. Typically, their fund placement focus is on mid-market buyout and venture funds ranging from €100m to €1bn in size.

Patrick Petit, founder of Paris-based , says: “We’ve noticed no change in activity during the past year and right through the teeth of the sub-prime crisis and decline in liquidity. This has not given investors any pause at all, and the rate at which new funds are being raised has not declined.’’

Mounir Guen, chief executive of London-based placement agent , says: “Buyout groups are now raising capital every 18 months, whereas six to seven years ago venture groups were raising capital every 18 months. This year we expect to see large global players raising European funds. The investment pace of many GPs shows no sign of abating so we expect many groups to come to market earlier than anticipated. Our share of that market is clearly defined and unlikely to change.”

The Zurich-based gatekeeper firm SCM Strategic Capital Management has not completed its study of demand for placement agents at this writing. But preliminary estimates confirm that the level has not markedly declined since the previous year when the percentage of funds using an agent was 51%.

’s Global Private Equity Barometer has also recorded no change in the number of LPs who consider placement agents continue to add value for GPs. Indeed, it is this added value that accounts for the success of placement agents despite changes in the economic climate.

Richard Sachar, CEO of , says: “We’re not just needed for the rolodex nowadays. Apart from our role in building relationships with LPs, we provide a great deal of research and analysis, and that has become essential to funds in their process of dealing with investors. Our knowledge and depth of experience are qualities which are just as important as who we know.”

Different placement agents specialise in different kinds of people with money, but all of them are trying to broaden their investor base in an increasingly global business. “Traditionally, our investor base is European, but we are seeing an increasing level of interest from US and Asia,” says D’Amico. Obviously, building relationships with these investors from different cultures is a complex business, but the long track record that European placement agents can demonstrate is a powerful bridge-builder.

Some agents specialise in wealthy families with money to invest; others work with specific types of institutions; others have created more diverse clienteles. When a fund is seeking to build relationships with a new class of investor, for example if the fund has not worked previously with Asian institutions, then the placement agent comes into his own.

Still, it is the ‘who they know’ that distinguishes the most effective placement agents from those who simply try and create business on a one-off basis. “Relationships are crucial to this business,” says Mark Cunningham, managing director for Germany, Austria, Switzerland, Belgium and Ireland at the London-based placement agency . “We do not simply introduce funds to our investor network, but instead we try to build deep relationships through which we can gain an insight into the investment strategy of each LP. This means that Helix will only present a fund to an investor if it is likely to meet the latter’s investment criteria.”

Guen of MVision agrees: “Our relationships are one of the most important parts of our business, but our role is clearly evolving. We have an advisory and guidance role, as well as one in providing documents like private placement memoranda, and even a role in distribution.”

All the advisors cited agree fund raising today demands a much broader skill-set than it did in the past. “There used to be a strict procedure for fund raising which the entire industry respected, but that’s all history,” says Cunningham. “Now the entire process is flexible and can proceed both very quickly, or terribly slowly depending on how a fund is perceived.”

In fact, as Guen points out, the speed with which fund raising takes place can be extremely indicative of strategy. “The investors are becoming more reflective, and slower to commit to new projects,” Guen observes. Many are pre-positioning with specific GPs and also beginning their due diligence processes earlier. This means that it is already 90% complete when formal fund raising begins and this makes the fund raising process more rapid. Guen points out, however, that funds which move faster in fund raising may only be the funds with the most popular formats. “Rapid fund raising doesn’t mean good performance,” he insists. On the contrary, a fund that moves more slowly could be based on an original strategy that investors are less familiar with. This could be a tortoise-and-hare situation, with the slow-mover producing the brilliant returns.

One thing evoking concern from all placement agents is that the so-called ‘re-up’ rate – the rate at which investors return to the same funds that they have worked with before – is definitely rising. “Obviously, the changes in the economic climate tend to make investors seek funds with proven results,” says one placement agent. “Obviously, placement agents aren’t needed when investors stick to relationships they already have. But we think that the need for improved rates of return is really driving investors at the moment and that means they will want to try some new things. All of which is good for us overall.”

What is good for placement agents overall is that there is no apparent decline in the amounts of fees that they demand. “We have seen no pressure on fees this year,” says Sachar of Almeida Capital. “Such pressure would go against the trend. Investors are becoming more choosy and so they come to us for advice more than in the past.” In fact, whenever there are changes in the market, placement agents agree investors make even more of a concerted effort to get solid advice.

Fees are not normally fixed for placement agents in any case; rather, they depend on the nature of the service being supplied, urgency, etc. It is not surprising that extra or special service can mean a larger fee. Nonetheless, rising competition has meant placement agents have had to offer a broader fee structure than they did in the past. “Fee variation is unquestionably part and parcel now of the industry,” says Sachar. Fees which used to average 2% of the total fund value now vary even according to geography or some are based on milestone-type achievement. Where the services provided by placement agents are closely similar, pressure on fees is ever greater. Where a placement agent can add value in a particular way, rewards are greater.

In large part this is being driven by the growing sophistication and diversity of private equity investors, as D’Amico points out. Due diligence requirements are becoming more complex, competitive analysis more thorough, track record analysis more probing and the whole process of fund raising and investor relations more time-consuming. “The hurdles to a successful fund raising are becoming ever higher and there is an ever greater chance of failure,” says D’Amico.

Another reason for the greater recourse to placement agents is the much greater choice of product available. In fact, one way in which placement agents are specialising in an increasing trend is in identifying new investment areas. The agents then create teams based especially on the product area. “Specialisation is unquestionably one of the major trends in the industry over the past three to five years,” says D’Amico of Acanthus.

Obviously placement agents are now trying to group funds according to specialist sectors as well, and are being more selective themselves about the funds they work with. “We find that investors are taking more time over decisions,” says Patrick Petit. “So we are obviously providing the funds that we are surest about, and that we know best. We look at a great many funds, but we are very selective about the ones we work with.”

Some placement agents feel strongly that their role is no longer simply to introduce investors but to manage the whole fund raising process from beginning to end. These placement agents will begin work at the moment the previous fund closes. Obviously these placement agents base their operation on long and trusted relationships with specific clients. In this case, the fund raising effort begins with a targeted investor relations programme and then proceeds through introductions to new investors, includes public relations, opinion management, etc.

Others limit their activities to what is generally called investor relations. But nearly all are called upon to help with research and memorandum preparation in the current climate. As points out, this climate is one of ever growing global fund raising, even if the overall levels may decline from the total global fund raising of over USD$300bn in 2006. SCM expects no decline in the number of mid-market funds launched in Europe in 2007, and that means European placement agents should enjoy another good year.