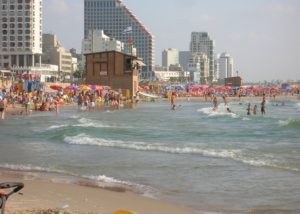 StepStone Group acquired a strip of assets from a venture fund for about $80 million in one of the very few secondaries deals to get done during the pandemic downturn.

Israel-based Qumra Capital sold the assets out of its $100 million debut fund, which the firm raised in 2013. The assets were venture investments but have grown into more mature holdings, according to a person with knowledge of the deal.

The assets will be moved to a specially created vehicle and will continue to be managed by Tel Aviv’s Qumra. “We are able to lock in the success of our first fund, while still maintaining ownership in these great companies and continuing to support them in their growth,” managing partner Erez Shachar said in a blog post last week.

The firms were able to close the deal while working from home, Shachar wrote. This type of deal generally allows limited partners in the fund to either cash out of their interests in the assets or roll their stakes into the newly created vehicle. Organizing LP communications for GP-led deals can be complicated in normal markets. Working from home presented additional challenges to bringing the deal to completion, sources said.

Shachar didn’t respond to a request for comment. StepStone closed its fourth secondaries fund on $2.1 billion in April, beating its $1.25 billion target. With separate accounts, StepStone raised more than $2.4 billion for its secondaries strategy.

The deal is one of the few secondary transactions to get done in the downturn. Secondaries activity has broken deal volume levels over the past few years, but the coronavirus lockdown and the economic downturn have stopped much deal activity.

The problem is that buyers and sellers are not able to come to agreement on valuations. This is especially a problem in private markets, where performance marks on private equity assets lag public markets by a quarter or more.

Without a clear view on how to price private assets, secondaries buyers have been holding fire for the most part, even as they sit on large amounts of uncalled capital.

But some sellers are willing to move forward, especially those who, for whatever reason, need to get sales done. This will include distressed situations in the current environment, sources have told Buyouts. “There’s always sellers in every market,” a secondary buyer told Buyouts.