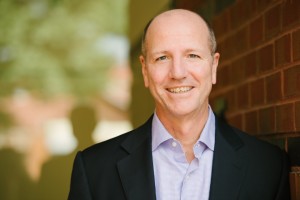 Quad-C typically invests $25 million to $100 million of equity – its sweet spot is $40 million to $60 million – in companies with enterprise values ranging from $75 million to $400 million. The 25-year-old firm invests in such sectors as business services, consumer products, industrial, healthcare, specialty distribution and transportation and logistics.

How would you describe pricing in general?

At the large end of the deal market it’s not more robust than it was in 2006-2007. But it’s as firm as I’ve seen prices in the middle market. In some cases we’re not getting invited into second or third rounds of processes because our bids are not high enough. We’re not certain that all those deals are necessarily closing at the levels initially indicated. But I’m sure most of them are closing.

It’s not surprising at all anymore to see a mid-market company that used to trade at 7x or 8x in a non-frothy market two to three years ago trade at eight, nine or even double-digit multiples, depending on the industry, and the growth projections of the company. Versus 2006 to 2007, we’re at one multiple higher in the middle market and versus a few years ago we’re at one to two multiples higher.

What are the main drivers behind pricing right now?

Any valuation model will generally produce values with an inverse relationship to interest rates over a given period of time. We have had sustained low interest rates since around the time of the downturn in 2008 to 2009. For a given dollar of leverage, you’re winding up with significantly higher interest coverage ratios. The cost of financing is extremely cheap by historic standards. That’s one factor.

A second factor is the economy seems to have finally gotten to a state where growth is reasonably predictable and the news is generally positive. You have the unemployment rate coming down significantly from where it was in the downturn. Meantime, the M&A market has been in an up cycle, with corporate buyers, which tend to move together, very active right now. Organic growth has been harder to come by, and M&A is one of the tools that corporations have been using to accelerate growth.

Why do corporations tend to move in lockstep?

If corporations see rivals make strategic moves, then boards of directors are more likely asking their management teams, ‘What are we doing in that area? Are we being aggressive enough? Are we being bold enough?’ Corporate M&A activity tends to come and go in waves.

How much does deal size influence price?

It’s definitely correlated directly. A big slow-growth cyclical business won’t necessarily trade for a higher multiple than a small, high-growth free cash-flow business. But all else being equal, bigger size would dictate a higher price. Big companies are considered less risky and they can get better terms on credit in bigger deals.

What we’ve been a little surprised to see – whether it’s new platforms we’re looking at or add-ons – is that some of the small companies we look at with less than $10 million of EBITDA are getting multiples we haven’t seen before. It depends on the sector, but we lost out on an add-on for a company by a full multiple, and we were a strategic bidder. We lost out to a small-cap private equity firm that theoretically didn’t have the same synergies. Either they lowered their return thresholds or they had better visibility for how to grow the company faster than the rest of the market. That’s not to say there’s not some great deals out there that we’re seeing. But it’s just that kind of market. It won’t last forever.

What are the microeconomic factors behind price?

It depends on the sector, but the biggest correlation would be to growth. If you have a high-growth, small-cap company – all else being equal – it’s going to trade richer than a company that’s growing at the rate of GDP. Is it on the right side of economic trends? Is it benefiting from cheap energy? Is it in a sector that’s protected from currency risk? Those will all impact the price as well.

How do you decide what to pay?

My feeling is that there is an overemphasis on pure EBITDA multiples in this industry. Most of the companies we buy have the ability to throw off cash, which can mean we can reinvest in the business or pay down the debt. All things being equal, a company generating $25 million of EBITDA with $10 million capital expenditures that sells for 8x is much more expensive than one selling for 8x generating $25M EBITDA with just $1 million of capital expenditures. Even as the EBITDA multiples we pay have crept up, our multiples of free cash flow have not crept up nearly as significantly because we’re buying good companies that have strong free cash flow and growth characteristics. Not all EBITDA is created equally.

What’s an example from your portfolio of a company with these kinds of characteristics?

McKissock, which we bought last year, is a good example of a high-growth, high-free-cash-flow business. The family that founded it re-invested as part of the transaction, and we liked the management team. This is a company that provides education for professional services businesses where state or fed law requires that practitioners get certifications and recertifications. The company provides that service in a very economic fashion and generates recurring revenue that we find attractive. They’re active in markets like real estate, healthcare and other professionals services, and they were one of the pioneers in doing this online. We saw that they could expand the number of services they offer in segments like nursing. We also saw the potential for expanding geographically, since they’re not yet operating in every state. This was an opportunity to invest in a very fundamentally sound company that was growing. It’s an example of a business where the free cash flow multiple paid was substantially equivalent to the EBITDA multiple.