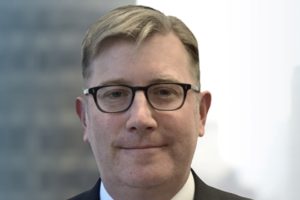 By Chris Witkowsky and Adam Le

PJT Park Hill’s former head of secondaries advisory is set to launch a secondaries investment unit with the backing of Stone Point Capital, Buyouts has learned.

Jonathan Costello, who led the investment bank’s secondaries unit from 2017, will focus on GP-led processes at his new venture, according to four sources familiar with the matter. This will specifically be single-asset secondaries processes, two of the sources said.

Single-asset deals generally involve a GP moving a sole investment out of an older fund into a continuation vehicle for more time to manage the asset. GPs can bring in outside capital to buy out LPs in the older fund. Existing investors can also choose to roll their interests into the newly created fund.

Single-asset secondaries deals had been on the rise prior to the pandemic-fueled downturn, which has caused most secondaries activity, like in the regular M&A world, to pause. Single-asset deals grew to 26 percent of GP-led transaction volume last year, according to Greenhill’s Global Secondary Market Trends & Outlook report, published in January. That was up from 4 percent of GP-led deals in 2018, the survey said. GP-led deals represented about $26 billion of $88 billion of total volume last year, according to Greenhill.

It is unclear what role Stone Point will play in Costello’s venture, whether it will have an ownership stake in a firm owned by him or simply provide anchor backing for a fund. Costello and Stone Point did not return requests for comment. A spokeswoman for PJT Park Hill did not respond to a comment request.

Prior to joining Park Hill in 2016 Costello was head of private equity secondaries at Morgan Stanley Alternative Investment Partners.

Stone Point is a buyout firm which focuses on financial services investments. While secondaries has not been part of the firm’s strategy, it is just another aspect of financial services, one of the sources said.

The development is the latest in a string of investment firms adding secondaries operations. On Tuesday Secondaries Investor reported that European buyout firm CVC Capital Partners had considered adding a secondaries investment unit to its list of offerings. BlackRock, Canadian insurance giant Manulife and TPG are all firms which have added secondaries capabilities over the last two years.

In August, Buyouts reported that Brookfield Asset Management had explored acquiring a secondaries-focused firm and approached at least one shop, which was ultimately not interested in selling.