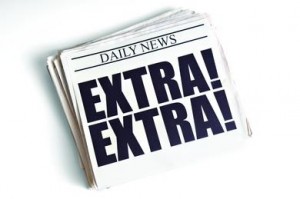 A number of media companies bought in the boom times have turned out to be major headaches for their private equity backers. In July, for example, 3i had to pump new equity into Dutch business VNU Media, while Apax has had to turn the UK assets of business-to-business publisher Incisive Media over to the banks. Both businesses were suffering from high debt levels that needed to be sharply reduced in the wake of the credit crunch.

While VNU and Incisive were in specialist sectors, it is the more traditional media assets like newspapers, consumer magazines and radio stations that have been hit hardest by the recession and structural changes in the industry. The rise of the internet is putting pressure on traditional businesses’ advertising revenues, while the fragmentation in the market means that, in many cases, fewer people are reading, watching or listening to traditional media.

Iain Staples, head of media at independent investment bank Noble, says: “The big challenge for private equity is to find assets that can be transferred from offline to online, and that have a strong brand.” The difficulty, he says, is that there is so much free content on the Internet it is hard for owners of content to protect it. There have been some successes in developing a profitable business model, such as property website Rightmove, but not many.

On the plus side, PE investors that make the right calls will be able to do well out of traditional media businesses that have successfully diversified into digital and online content or into other niches such as exhibitions and conferences. There will also be growing opportunities to invest into newish players that have been able to demonstrate a profitable business model on the Internet. Some of these businesses, which started off small, are now becoming of a size to interest PE investors.

The media sector has traditionally been attractive for private equity because it has offered reasonably high growth, strong brands and high barriers to entry, says Simon Leefe, a director at Candover. Often businesses like regional newspaper groups were run by enthusiasts rather than business people, he says, giving PE houses plenty of scope to increase efficiencies and profits.

In the years leading up to the credit crunch many media assets were commanding high multiples but since the Lehman collapse they have been sharply downgraded, not just because of recession but also the increasingly visible structural shift in the industry. “The internet means there are no longer the same barriers to entry and a lot of income streams, such as regional newspapers’ property advertising, have migrated to the internet,” he says.

Tom Salmon, a 3i director, agrees, noting that the challenges of shifting from analogue to digital and of the recession are often exacerbated by excess leverage and/or pension deficits. “Recently we have seen the first signs that the market for PE investment is starting to return, but only those businesses with solid and visible earnings will be sold or receive investment.”

PE investment in the media sector, as in most sectors, has been quiet in the past year or two, but activity is likely to return in the next 12 months, say PE managers, as conglomerates sell off assets to reduce debt. For example, Spanish media group Prisa said in September this year it was selling a stake in its book publishing arm Santillana, to a Credit Suisse PE fund, in order to reduce debt. Other media companies, facing high debt, may have to be restructured, resulting in a change of ownership that presents opportunities for PE investors, he says.

Another potential source of deals is the next generation of media assets – internet-related businesses like property website Rightmove, online recruitment business Jobserve and online supermarket delivery business Ocado. The challenge for PE will be that, where these businesses are profitable, there will be a high valuation.

Nick George, a media partner at PricewaterhouseCoopers, says that one of the current obstacles to deals is the continuing mismatch in price expectations between buyers and sellers. He says: “Unless sellers are in a distressed situation they want a good price because they expect an upturn in the business, but many potential buyers are not willing to stretch that far.” As a result, he says, while there is more interest from PE groups and talk of a recovery in deal activity, it is mainly aspirational rather than real so far. But that is likely to change, he says, as the general economic uncertainty recedes and it becomes easier to see which media companies are benefiting from a strong strategy and have been able to ride out the problems.

Some large deals have dragged on, such as Candover and Cinven’s attempt to sell Springer Science and Business Media for about £2bn, possibly due to the mismatch in price expectations between sellers and potential buyers. Much of the activity that has taken place has been smaller, bolt-on acquisitions, such as GMT Communications Partners’ portfolio company Primesight’s acquisition of the roadside assets of Titan Outdoor Advertising in August 2009.

But it is the prospect of acquiring, or building, businesses set to be leading players in the internet and digital marketplace that is a key aim of many PE houses. 3i’s Salmon says his firm has been focused on businesses that originate or control ‘must have’ content. “As more and more channels compete for attention, consumers will choose those with the essential content – placing the content owners in powerful positions,” he says.

Another attractive aspect will be those businesses that can build scale and efficiency across Europe. “In a market like Europe that is still dominated by regional players, there is significant scope for consolidation, particularly in the B2B segment, where language and cultural issues are less of a barrier.” Such businesses also need to be able to successfully take advantage of the digital world, he says: “Businesses need to understand how to adapt their model to the digital environment, taking customers and revenue streams with them.”

As an example, Salmon points to portfolio company Chorion, which owns intellectual property rights to children’s and crime characters like Noddy, Mr Men and Agatha Christie. He says: “In an environment of increasing fragmentation of distribution, Chorion’s high-quality, owned content is increasingly in demand with broadcasters and consumers alike across the world, evidenced by its recent announcement of a 35% increase in revenues in the 12 months to March 2009.”

Salmon adds that for 3i the current ‘hot’ areas in media are information services, intellectual property and businesses where value lies in the delivery of products or services through the internet (both B2B and B2C businesses).

Natalie Tydeman, a senior adviser at GMT Communications, highlights the area of paid content on the internet, such as subscriptions for online services and micro transactions in the virtual world, such as for dating services. “This is still a relatively small sector but is growing by 30% a year,” she says. High growth businesses are particularly attractive to PE investors in the current climate of squeezed debt availability, she says.

A key challenge for PE houses will be to try and identify the winners in the new digital world. They will not necessarily be newcomers to the market but could be established brands that have successfully expanded into new technologies and new markets. A good example might be Trader Media Group, owners of Autotrader magazine, which has established a successful online presence.

It will be important to differentiate also between the sub-sectors a media company is active in. One of the reasons for Incisive Media’s problems, for example, was not the fact that it was in B2B publishing but rather that many of its titles covered financial topics, which were hit particularly hard in their advertising and subscription levels during the downturn. A similar publisher that was active in, say, nursing titles, would have been much less badly affected.

“In the past there was probably more analysis of particular media sectors but now PE investors will have to look at individual businesses more closely,” says PwC’s Nick George. He adds: “There may be both winners and losers in the same sub-sector so that, in B2B, you may find an original magazine that has used its well-known brand to expand into digital, exhibitions and so on.”

But for more deals to take place there will need to be a narrowing of the gap in price expectations. There is a ‘mini bubble’ at the moment around valuations for high-growth companies, says GMT Communications’ Tydeman, because many PE houses have not invested for 12-18 months and are now looking at opportunities following the stabilisation of the economy. Valuations are also being pushed up by the lack of assets brought to market, thanks to sellers’ fears of not getting a good price. “Hopefully, in the coming months the market will return to a less frothy environment as more assets come onto the market,” she says.