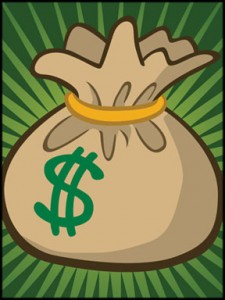 The latest strategic deal for the firm, and its second in the fourth quarter alone, is for NGP Energy Capital Management LLC, the Irving, Texas-based investor in North American oil and gas that has $12.1 billion in assets under management. Under the terms of the deal, announced on Dec. 20, Carlyle Group is paying $424 million for a 47.5 percent stake in NGP, including the 40 percent ownership stake held by Barclays Natural Resource Investments, an arm of the British Barclays Bank plc, and 7.5 percent from NGP’s principals. Carlyle Group anticipates raising its ownership stake in NGP to 55 percent by 2017.

In announcing the transaction, Carlyle Group called NGP the cornerstone of its developing global natural resources investing platform. In particular, NGP’s buy-and-hold approach is a complement to the trading-oriented strategy of Vermillion Asset Management, a New York-based commodity hedge fund in which Carlyle Group took a 55 percent stake on Oct. 1, and the firm’s own Carlyle Energy Mezzanine Opportunities Fund, a $1.38 billion pool of junior capital that the firm closed in November.

In pursuing growth through acquisitions, Carlyle Group is simply addressing the demands of the firm’s limited partners, through what Carlyle Group COO Glenn Youngkin called the firm’s investor service strategy. “We want to continue to develop capabilities to support the needs of our investors. Full stop,” Youngkin told Buyouts. Sixty percent of the firm’s capital comes from investors who have made commitments to six or more of Carlyle Group’s funds, he said.

The acquisition strategy, which has involved at least five deals since 2010, is not unique, but it is uncommon, even among the diversified, listed mega-funds. The Blackstone Group, for instance, acquired GSO Capital Partners in 2008 to be its leveraged finance arm. GSO had been formed in 2005 by a group of credit investors from Credit Suisse First Boston’s alternative capital arm. Similarly, Apollo Global Management acquired Gulf Stream Asset Management in October 2011, buying a collateralized loan obligation manager with some $3 billion in assets under management; the firm went on to double the size of its credit business last April, with its acquisition of Stone Tower Capital LLC. Far more common, however, is the spin-out, in which a team of investment pros cleave off from an established buyout shop to establish their own practice.

All of which makes Carlyle Group’s track record of strategic acquisitions more unusual. The firm most notably acquired the Dutch fund-of-funds manager AlpInvest Partners NV in July 2011, which by itself added $40 billion of assets under management. The firm also bought the leveraged lender Churchill Financial Group LLC in November 2011 from Stamford, Conn.-based buyout firm Olympus Partners, to fortify its collateralized loan obligation business. In all, counting both strategic deals and internal growth, the firm has grown its assets under management to $170 billion pro forma, including NGP, from $45 billion in 2006.

And the NGP deal also fills an important hole in Carlyle’s energy investing strategy. Since 1999, when Carlyle Group formed a joint venture with Riverstone Holdings LLC to invest in energy companies, the two firms raised six investment funds together, but in 2011, Riverstone launched its latest fund independently. And with the close of Carlyle Group’s energy mezz fund in November, questions arose about the direction of its strategy.

The NGP deal settles those questions. The firm is investing out of its NGP Natural Resources X LP, which closed last year at $3.6 billion, short of its $4 billion target. Carlyle Group has no plans to tinker with the fund’s strategy, which includes a setaside of as much as 10 percent for water resources and the food and agriculture industries.

What the acquisition does is to provide an array of energy investing alternatives to Carlyle Group’s investors, from the long-short commodity strategies of Vermillion to the longer-term, buy-and-hold approach of NGP. The firm applied a similar philosophy in developing markets, pairing acquired long-short funds with homegrown specialty buyout funds for countries such as Peru and Ireland.

In each case, the goal is to provide a balance of risk and return, Youngkin said. In energy, “many investors want to invest across the whole risk profile, while others want to pick specific aspects, like energy infrastructure and energy credit, which have a lower risk-return profile.”

As Carlyle Group studied the energy landscape after the end of the Riverstone alliance, “we knew at the center of the puzzle we needed the ability to invest in mainstream oil and gas and to do so in a world-class fashion,” Youngkin said. Although Carlyle Group had no history with NGP, Youngkin said that he, at the suggestion by investor, cold-called Kenneth Hersh, the chief executive and co-founder of NGP, for a conversation that took place in June. “We discussed what their firm’s ambitions were and what our firm’s ambitions were, and it was a good match.”

A key concern involved the melding of two investing teams; Youngkin, who led the negotiations on the NGP investment, said the discussions were 99 percent about culture and the fit; 1 percent about the deal. “In this case getting the culture right was absolutely critical. Ken and his partners at NGP have built a culture that is very similar to Carlyle,” he said. Both firms have a flat organization with broad ownership among the investing pros, and executive founders who give others room to pursue the firm’s goals.

The deal was structured to provide incentives to keep the NGP staff content during the transition, Youngkin said. Like Carlyle Group, NGP has had very low turnover among key staff members he said. The terms of the deal paid mostly cash to Barclays to accomplish that exit, while providing mostly Carlyle Group stock, from its IPO last May, to NGP’s owners who participated in the sale of their interests.

As Hersh put it in the announcement, “With this transaction, we have facilitated the sale of Barclays’ minority interest in our firm to a strategic partner, and carefully structured the contingent future payouts to favor NGP’s next generation of leaders, thereby providing substantial incentives for everyone to achieve high levels of performance over very long periods of time. Importantly, we did this all without disrupting in any way our current operations or governance structure.”

NGP’s team was accustomed to third-party ownership, Youngkin said; Barclay’s already owned 40 percent of carry and management fees from its 2006 investment in the firm. Indeed, the structure of the new deal is tied to the achievement of future performance goals, with potential future payments scheduled for the period of 2015 to 2018. “That earnout payment is targeted toward the next generation of owners at NGP,” Youngkin said. “The next generation has a vested stake in how NGP does over an extended time period.”

The firm also has made some effort to distinguish its strategic initiatives from conventional portfolio acquisitions. The NGP and Vermillion deals are unrelated, for instance, to the $665.5 million deal announced in January to take private the advisory and investment banking firm Duff & Phelps Corp., in which Carlyle Group is leading a group of investors including Stone Point Capital, Pictet & Cie and Edmond de Rothschild Group. Likewise, Carlyle Group has been working through a contentious, planned $780 million takeover of the money manager TCW Group Inc. from the French bank Societe Generale. That deal has been snarled in court by the energy buyout firm EIG Global Energy Partners LLC, which has complained about the terms of the TCW deal. A court has allowed the buyout to proceed, while setting aside escrow payments to address EIG’s concerns.

While both Duff & Phelps and TCW appear to be the kind of holdings that might fit Carlyle Group’s strategic vision, Youngkin emphasized that those deals are conventional portfolio acquisitions. And while he declined to speak to questions regarding acquisitions that are still pending, he said the firm takes pains to be sure that it handles transactions with such companies at arms’ length, to avoid conflicts of interest.

As for future plans, the firm may next look overseas for more energy deals. As the firm said in its presentation to stock analysts last month, “With the North American platform assembled, international will take on an increased focus.” Youngkin would not be more specific, but he promised continued evolution at the firm. “Innovation and growth are at the core of our investor service model,” he said. “If you like somebody doing the same thing for 20 years, we’re going to be different from that. We try new things. We’re looking for new opportunities to provide better outcomes for our investors.”