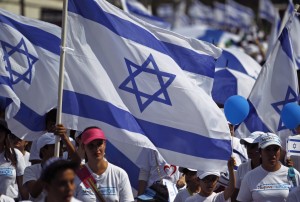 A decade after its last privatization program, the government aims to sell all or part of eight companies and two ports by 2017, raising around $4 billion.

Among them is 82-year old Israel Military Industries (IMI), developer of the Uzi submachine gun and other arms and ammunition, although IMI’s security-sensitive units are being folded into a new state-owned company.

The government expects IMI to fetch between $400 million and $650 million.

Ori Yogev, head of Israel’s Government Companies Authority, said most of the interest had come from foreign firms and the state would launch a roadshow in Israel and the United States in the next few days. Yogev believes the sale will be completed by the end of 2015.

Leumi Partners and Stifel Investment Banking are advising on the sale.

Overall, the 87 companies in government hands improved in 2014, posting a combined net profit of 432 million shekels compared with a loss of 592 million in 2013. Revenue was virtually flat at 68.4 billion shekels.

Profit is forecast to grow to 1.06 billion shekels this year.

Helping the turnaround was utility Israel Electric Corp (IEC), which posted a profit of 151 million shekels in 2014 versus a 936 million shekel loss in 2013.

The government plans to sell 25 percent of IEC in 2016 dependent on structural reforms at the company.

IEC in May aims to sell up to 1 billion shekels of bonds via the Tel Aviv Stock Exchange, which would be the first time in a decade that it issues tradable bonds in Israel.

“It’s a very important step for IEC to come back to being a very strong company and end the financial crisis that they had,” Yogev said.

At a news conference, Yogev said the average annual salary of government company workers slipped 2 percent in 2014 to 310,000 shekels. That compares with a 2 percent rise to 117,000 in the rest of the economy.