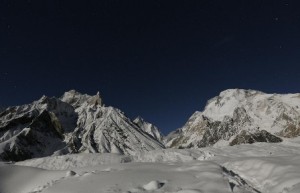 Summit has been talking to potential limited partners about launching Summit Partners Fund IX, along with its fourth “venture capital” fund targeting $600 million, according to two sources with knowledge of the situation. Summit’s venture fund targets smaller growth investments than its flagship vehicle does.

Private placement memoranda for the flagship fund have not yet gone out, one of the sources said.

Peter Chung, a managing director who joined in 1994, was promoted to CEO, the source said.

Martin Mannion, who has been with the firm since 1985, is chief investment officer, while Joseph Trustey, who joined in 1992, is chief operating officer, the source said.

Summit’s last fundraising effort was more than three years ago. It announced in January 2012 that it had closed on a combined $3.2 billion for Summit Partners Growth Equity Fund VIII ($2.7 billion) and Summit Partners Venture Capital Fund III ($520 million).

Summit was formed in 1984 and has raised around $15 billion across various funds. Along with growth equity and venture capital funds, Summit also raises debt funds.

A spokeswoman for the firm did not return a request for comment.