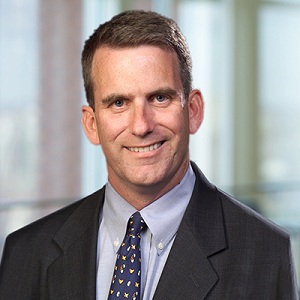 Trustey’s daughter Anna was traveling with him and was reported to be the only other occupant in the plane. They were traveling Wednesday to the Midwest for a college tour. Neither survived the accident, Summit said in a statement.

Trustey joined Summit in 1992 where he focused mostly on growth products and services, according to Summit’s website.

“He touched everybody he met with his intellect, his sterling character and his engaging sense of humor. We cannot express how much we will miss his presence in our lives,” Marty Mannion, a Summit managing director and chief investment officer, said in the statement,

A former U.S. Army captain, Trustey was a consultant at Bain & Company prior to joining Summit. He had a BS in chemical engineering from the University of Notre Dame and an MBA fromHarvard Business School.

Fortune reports that Trustey is survived by his wife Kristine, and daughters Caroline and Claire. His son A.J. died in late 2014.