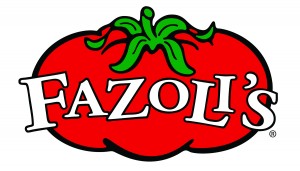 Kurt Lentz, principal at Sun Capital, declined to provide specific dollar figures about the sale or the return. But he said Sun helped transform the chain to generate gains in unit sales among its 124 company-owned and 89 independent franchisees in 26 states.

“This is one where we’ve gotten to the point where we felt like we’ve achieved a great result and it’s well-positioned to achieve continued success for its next owner,” Lentz said.

Fazoli’s Group had sales losses when Sun Capital acquired the business in 2006 with its $1.5 billion Sun Capital Partners IV fund. The firm helped bring in Fazoli’s current CEO, Carl Howard, in 2008. The company focused on its core areas in the Midwest and closed some restaurants, while refining its market message.

“The biggest elements that revitalized the chain were a major overhaul of the menu, including changes to the food, and also extending it to higher value items,” Lentz said. “Part of that evolution contained enhanced guest service, with new plateware, real silverware, and food delivery to your table — bringing a more a fast-casual element to it.”

A spokesman for Sentinel Capital Partners declined to comment.

John McCormack, a partner at Sentinel, said in a statement Fazoli’s will be a strong addition to the firm’s restaurant portfolio, which includes more than 2,300 units in 61 countries and annual systemwide sales of nearly $4 billion. The portfolio includes Newk’s Eatery, TGI Fridays, Checkers and Huddle House. Sentinel invests in companies with up to $65 million in EBITDA.

Update: The second paragraph has been updated to clarify language about the sourcing of the return multiple for Fazoli’s in the story.