Roughly nine out of 10 secondary market buyers expect deal volume to surpass $35 billion in 2016, according to a recent survey published by independent investment bank Evercore.

About 60 percent of surveyed buyers anticipate 2016 volume will total between $35 billion and $40 billion, while 33 percent expect secondary deals to clear $40 billion.

Secondary market deals totaled $42 billion last year, down 11 percent from the $47 billion record set in 2014, according to Evercore. Even so, LPs’ willingness to engage the secondary market for portfolio management purposes helped push 2015 volumes well past the previous market peak of $27 billion in 2012.

“No one’s selling because they’re distressed,” said Nigel Dawn, who leads Evercore’s private capital advisory group. “The proportion of transactions [initiated] by GPs — GP liquidity solutions — is increasing and will likely be a more important part of the market in 2016.”

GP-initiated secondary deals like restructurings, recapitalizations and tender offers accounted for approximately 13 percent of deal volumes last year, according to the survey. Dawn said he expects these types of deals to account for as much as one-quarter of the secondary market in the coming years.

A number of managers, including Kelso & Co, Irving Place Capital and KRG Capital, offered liquidity to LPs seeking to exit their fund stakes in recent months.

Dawn also expects sales to tick upwards in 2016 and 2017 as banks approach the compliance deadline for the Volcker Rule, which restricts certain financial institutions from investing more than 3 percent of their balance sheet holdings in private equity funds or other risky assets. In 2014, federal regulators extended the deadline for compliance to July 2017.

“I would not be surprised at all if there was a pickup in regulatory sales in 2016 and 2017,” Dawn said. “I think quite a few banks are now evaluating whether or not they want to sell in advance of the full implementation date.”

Secondary market buyers will have capital to deploy should banks unload their existing portfolios. Evercore estimates secondary market buyers may raise $40 billion for new investments over the course of 2016. Firms currently have a record $65 billion of unused capital, according to the survey.

The bulk of that capital is controlled by a handful of firms, Dawn said. Even so, the growing number of GP liquidity solutions — as well as the emergence of LP buyers completing one-off transactions — leaves plenty of room for smaller players.

“More investors are looking to access the secondary market directly,” Dawn said, “so they’re dedicating time and resources … to a more concerted effort.” 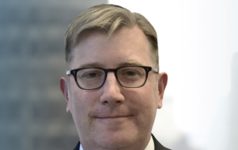 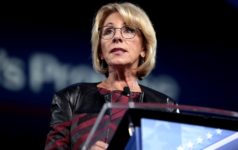