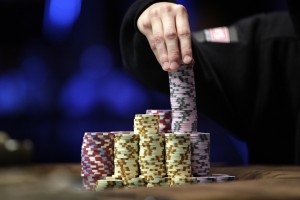 “It seems the go-go days have partly returned,” he said. “There’s too much money chasing too few deals.”

While it’s possible high deal prices could impact performance going forward, private equity has delivered strong gains to date, according to the firm’s semi-annual Global Private Equity Barometer, which compiled results from a survey of 113 private equity investors around the globe.

In a survey result that may be welcome news to GPs on the fundraising trail, about 40 percent of LPs need to boost their level of private equity commitments versus their target allocations, according to the survey.

While LPs generally stayed away from first-time funds in the past, three-quarters of North American LPs have invested in debut funds from new GPs since the 2008 financial crisis and about 45 percent of all European LPs have done so.

Such moves into fresh GPs have paid off thus far. Thirty-seven percent of debut funds from new GPs have outperformed the rest of LP portfolios and 54 percent have equalled the balance of their portfolio, while 9 percent under-performed.

With banks pulling out of lending and companies looking to borrow money to grow, LPs have been growing more interested in credit funds. Fifty-three percent of LPs have recently invested, or expect soon to invest, in a private debt fund, up from 50 percent three years ago.

If investments in these and other fund types don’t work out, the Coller survey revealed a willingness by LPs to either trade in or out of the funds.

On the regulatory and front, 86 percent of LPs said GPs are moving in the right direction on transparency but have more to do. Meanwhile, 56 percent of LPs believe credit markets are at risk of over-regulation and two-thirds of LPs said recent guidelines by the SEC aimed at limiting debt multiples in buyouts won’t change the overall risk/return profile of private equity in the medium- to long-term.