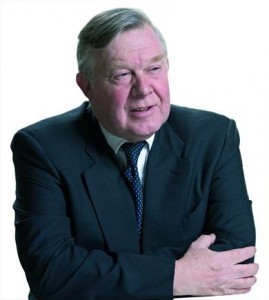 Nicholas Ferguson, the private equity professional who pointed out that cleaners pay tax at a higher rate than buyout executives, has said that he does not expect a recovery in the market for large private equity deals until the fourth quarter of the current year. Ferguson was speaking as chairman of , the £1.3bn (€1.7bn) investment company whose major holding is in funds managed by .

This comes after SVG announced that , one of Britain’s biggest private equity owned employers has halved in value. SVG is invested in through Permira. According to reports Europe’s largest betting group, owned jointly by Permira, Cinven and Candover, is said to have been in talks with its lending banks regarding the amendment of some of its covenants, while its senior debt is being priced down on the secondary debt market to below 85p. This is fuelling concerns that there will be a possible loan default is imminent.

Valued at £42.9m at the end of 2006, SVG’s interest in the betting group fell to £22.8m a year later. Coral Gala is thought to have been hit badly by the smoking ban, higher tax rates, the closing of a lucrative loophole in slot machine regulation and declining consumer confidence.

However SVG reported results for 2007 last week, showing a 14.3% rise in net asset value per share, despite a fall in valuations during the second half, caused by “the deterioration of public markets”.

Ferguson said vendors and buyers were struggling to agree on price at present, compounded by a lack of availability of debt. “The overhang of unsyndicated leveraged buy-out debt remains high. Until this debt is syndicated, buy-out activity is unlikely to pick up significantly, especially at the larger end of the market.” He added: “We might expect to see some increase in private equity activity in the fourth quarter of this year”.

But one benefit is that prices are lower. “The hiatus in debt financing has resulted in a softening of leverage multiples on those transactions that have been agreed since the summer. This softening will affect pricing of new deals and will present attractive buying opportunities. On the exit front, we expect the rate of realisations to slow and holding periods to lengthen.”

SVG added that the Permira IV fund was now 47% committed as of the end of December.