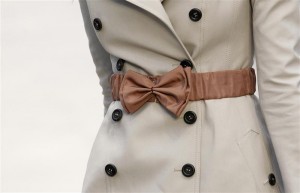 S&P said it expects the Hingham, Mass.-based apparel seller’s credit metrics to weaken to about 5.5x EBITDA, but added it’s also forecasting modest gains in profitability in the company. With Talbots showing some performance gains, the debt rating agency said the store chain’s sponsor may issue more debt, although it did not provide any specific projections.

“Future debt-financed dividends are likely,” S&P said. “An upgrade [of the company’s debt] would be predicated on Talbots’ improved credit metrics such that it sustains a debt-to-EBITDA ratio below 5x and a financial policy that supports this leverage level.”

S&P analyst Mathew Christy cut the corporate rating on the retailer to B- from B, with a stable outlook reflecting his view that Talbots will continue to win moderate gains in performance. Ratings of B and B- fall into the category of “more vulnerable to adverse business, financial and economic conditions to meet financial commitments,” according to S&P definitions.

Looking ahead, S&P said it expects liquidity sources for Talbots to remain positive, even if EBITDA declines by 15 percent. S&P projects funds from operations for the company of about $55 million to $60 million in 2015.

Sycamore Partners completed its take-private of Talbots in 2012 for about $391 million, including debt. It was the second investment by Sycamore after its 2011 deal to buy Mast Global Fashions from Limited Brands Inc.