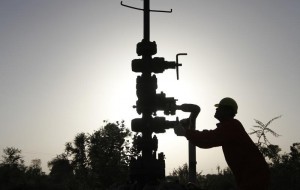 An amended Form D filing for the fund came about 16 months after the firm initially revealed its $500 million goal for the pool in May 2014. An executive at placement agent EdgeLine Capital Partners declined to comment. Calls and emails to BP Energy Partners weren’t answered.

Founded by Pickens, a billionaire with decades of investing in the oil patch, BP Energy Partners said it focuses on deals that “benefit from price disclocation between natural gas and other energy sources,” according to its website. Pickens also founded Mesa Petroleum and works as chairman of BP Capital Management, a hedge fund.

Pickens is listed as an executive on BP Natural Gas Opportunity Partners, along with Alex Szewczyk and Michael Watzky, both managing partners of the firm.

The firm is raising the fund at a time of lows in energy prices this summer, when tempered expectations of China growth led to a sell-off both in equities and commodities. Over the summer, U.S. natural gas futures prices fell to the $2.70 per BTU level from about $3 earlier in the year and haven’t moved much higher in September.

While BP Energy Partners hasn’t announced a deal since January, Pickens doubled the value of his energy holdings in TBP Investents Management to $72.9 million in the second quarter, according to a filing. The fund bought stakes in middle-market oilfield contracters including Pioneer Energy Services Corp and Patterson-UTI Energy.

In a July interview, Pickens said he expects oil to rise to $70 a barrel by the end of July. At last check, oil traded at about $45 in Sept 11 after moving below $40 over the summer.

The firm backed Pinnacle CEO and founder Greg Sargent, who led TransTex Gas Services, prior to launching Pinnacle. Sargent and others kicked in an additional $5 million to Pinnacle.

Szewczyk, managing partner, said the market dislocation in energy prices “provides an excellent opportunity to acquire quality midstream assets at attractive prices,” according to a prepared statement in January.