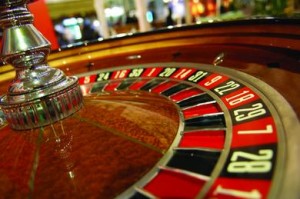 Sometime between now and Easter, one of the brightest new stars on the Italian and European private equity scene is expected to announce the closing of its first-time fund, on target, at €500m.

Sator Capital, based in London with offices in Italy and owned by Sator financial group of Italy, started the exercise inauspiciously a fortnight after Lehman Brothers went down in October 2008.

Its imminent success in fund raising owes much to the reputation of the parent group’s founder and CEO Matteo Arpe, a mercurial banker who oversaw an already legendary transformation of Banca di Roma under a new name, Capitalia, before it was bought by UniCredit in 2007 for €21bn. “If they could do that with a poorly managed Italian bank, what will Sator’s focus on management and operations do for other companies?”, investors have been thinking.

Sator has already hit the headlines with its purchase, approved last summer, of a majority stake in Italy’s ailing Banca Profilo, on which it aims to work Arpe’s magic again. Although Sator’s principals have a strong background in the financial sector, the new kid on Italy’s private equity block has ambitions across almost all sectors of Italian industry and technology.

If the Sator story is already proving a surprise package in troubled times, Italy’s private equity industry is itself capable of lifting eyebrows. It surprised on the upside with a 30% increase in the value of investment between 2007 and 2008, the only country in the EU to show a positive result. The number of investments also rose strongly and average deal size edged up. Fund raising slipped, however, as the climate worsened and divestments retreated both in value and number as, among other factors, IPOs dried up (see table).

In the first half of 2009, Italy’s private equity pizza was looking as thin crust as anyone else’s. Investment, deal numbers, divestments and fund raising all fell on an annualised basis as big buyouts dried up and pushed the average deal size sharply lower.

“My feeling is that we are continuing to miss the big buyouts. Most funds are reinvesting in portfolio companies. On the other hand, we will probably continue to see more growth in early stage, venture investment. VC in Italy is very small, so we can only grow.”

Fund raising remains tough. “A lot of funds tried to raise money in the first half of 2009, so we have about two years of fund raising activity going on, and a long queue, particularly with LPs turning cautious on allocating new funds to private equity. Our focus on the mid-market and family firms is good compared with other countries, but I think fund raising will have been low throughout 2009 and will probably remain so for the first half of 2010 as well.”

However, there is still a lot of money from previous years. “We estimate that local funds have around €7.5bn available to invest and that becomes more than €10bn if we include possible investment by pan-European funds,” Del Giudice reckons. “At present, most of these funds are ready to be invested in portfolio companies. On the other hand, prices should be coming down, though entrepreneurs still have high expectations on valuations and debt is hard to raise, so it’s difficult to find investment opportunities.”

Why invest in Italy? The world’s seventh largest economy has 58 million people, a high GDP per capita in world terms, and a strong industrial base with many sectors containing examples of international and best-of-breed players.

The most familiar of these are luxury goods, clothes and textiles, and food and drink; but others include transport equipment such as cars, drugs and chemicals, mechanical and electrical equipment, and precision instruments. Yet nearly half the leading 150 industrial concerns are family-owned, of which 40% are reckoned to be facing succession issues now or fairly soon.

As discussed elsewhere here, financial services are tipped to attract more interest, while 2010 may well be when foreign private equity literally takes a gamble on Italy. Last year closed with SNAI, Italy’s biggest gaming and betting group, reportedly rejecting an unconfirmed bid said to be in the region of €600m from private equity players Bridgepoint and AXA Private Equity.

Whatever the outcome, Italy is firmly in the eye of investors as its gambling regime is eased further to allow cash payments for many games rather than, say, tournament entry fees. Ladbrokes is introducing online casino poker, bingo and casino games.

“It’s not easy for a foreign house to penetrate,” says Carl Nauckhoff, principal at Investindustrial, the mid-market private equity firm focused on Southern Europe in general and Italy in particular. “It takes years to build rapport with all stakeholders.”

While there is healthy competition for deal flow, the market is also not as crowded as in some other major European economies.

“We have about 150 members compared with about 300 for each of the French and German private equity associations,” says AIFI’s Roberto Del Giudice. “Our market is very concentrated. We invest almost the same as they do in Germany but have half of the funds. The competition issue is not so big.” He does not think that the number of funds will be materially affected by the economic climate.

In common with other locals, Investindustrial is salivating at the prospects it foresees sometime in 2010 and 2011 to make long-term investments in what it expects will eventually prove to be vintage years for returns.

“We see that the pan-European funds and international large buyout funds have retrenched and are focusing on their core geographies. Some have closed down their offices. Some are still in Italy, but we sense that they are not in active deal-doing mode. This can partly be explained by these firms defending their positions in their core geographies for future fund raisings, and partly because not being a local player currently makes it very difficult to get financing from the Italian banks.’”

Investindustrial pulled off the largest Italian LBO of 2009 when, through subsidiaries and in alliance with French private equity fund Alpha, it agreed to acquire globalised construction engineer Permasteelisa in a public-to-private deal valued in total at €353m. Industry sources believe that leverage was within the ‘new’ norms which are debt:equity around 50:50 and purchase multiples in the region of 5x EBITDA.

In September, Investindustrial completed a Build-Up Fund at the target amount of €100m to add to its €500m Fund III, which was raised in 2005 as a predecessor of the €1bn Investindustrial IV. It was the largest Build-Up Fund raised for the European mid-market in 2009 as investors backed the strategy of making specific, add-on investments at a time of lower valuations to generate further returns from quality build-and-buy platforms acquired from Fund III.

Investindustrial’s intentions have been underlined by a number of hires taking staffing to 31. It claims to be the largest private equity team in Southern Europe. The new faces include Filippo Gaggini and Luca Destito, both from Investitori Associati, and Antonio Casari from Magnetar Capital. Senior positions are now filled but the firm will still be hiring junior and mid-level selectively.

Contrary to rumours of inertia, some larger, pan-European and global funds are also sharpening their pencils.

Permira’s presence, Permira Associati, was founded in 1988 and can only be considered local, but with a global reach and deep pockets. Permira’s latest fund still has €2bn left. Nicola Volpi, the partner who heads up the Milan team says the firm is committed to keeping roughly the same complement, three partners and eight professionals, to exploit.

Silvano Delnegro joined as an investment professional with the portfolio team in December after five years with Autogrill, one of the world’s leading providers of food and drink for travellers. “He is a young but very brilliant guy and this reconfirms our industrial approach,” says Volpi.

Permira has not been idle in the past year. It repurchased a chunk of fashion group Valentino’s debt from Citigroup in December, signalling its belief in its portfolio company’s future. There were recent unconfirmed reports that Permira-owned Birds Eye Igloo and Lion Capital’s Findus Group were potential bidders for frozen foods group Findus Italy, owned by Unilever.

While family-owned industrial companies remain a prime scouting area for Permira, it is also eyeing up upheaval and regulatory changes in banking and financial services as a potential generator of deals.

Says Volpi: “With specific changes due, there will clearly be some strong opportunities in the financial sectors, and it’s one Permira is focused on. It is why we have invested in terms of competence and people in the past year to create a knowledge centre in Italy.” Healthcare may figure too.

Venture is the Cinderella of the industry. Small venture players tend to raise funds from vehicles such as foundations set up by banks. It is a small amount of money, but at least they are hardly feeling the recession. They were also cheered last year by the launch of a first ever public fund-of-funds focused on early stage. The Government is committing around €90m to four or five new funds to invest on a 50:50 basis alongside private investors in new VC funds. “It will probably help the segment to maintain investment or grow a little,” says AIFI’s Del Giudice.

One thing the industry does not feel it has to do is to fend off the intensity of criticism that private equity has faced, for example, in the UK and Germany. “There’s not been so much here,” says Nicola Volpi. “Private equity is perceived to have played a very positive role in developing companies. There is probably more need for us here than anywhere else in Europe because of the relatively high percentage of family-owned companies. I foresee a bigger role for private equity in Italy in 2010 and the coming years compared with the recent past.”