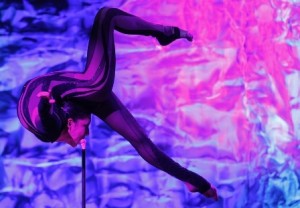 Vista Equity Partners sold Websense to Raytheon in April for an enterprise value of $2.3 billion, more than double the roughly $1 billion the tech-focused private equity firm paid in 2013. The holding period for the security software company amounted to less than two years, much shorter than the traditional three-to-five year cycle.

“If the price is right, anything could sell,” Vista Equity CEO Robert Smith said after his appearance at the Wall Street Journal Private Equity Conference on June 2.

As part of the sale, Vista took a roughly 20 percent stake in a newly formed commercial cybersecurity company that combines Websense with Raytheon Cyber Products, with a new brand identity coming soon for the joint venture.

“Keep an eye on that one,” Smith said.

Not to be outdone, AB Acquisition LLC, the holding company for supermarket chains Safeway and Albertsons, is mulling an IPO, according to reports. AB Acquisition is controlled by Cerberus Capital Management, Kimco Realty Corp, Klaff Realty, Lubert-Adler Partners and Schottenstein Stores Corp. The IPO would come just months after AB Acquisition closed the $9 billion buyout of Safeway on Jan. 30. Cerberus hasn’t held Albertson’s for very long either. It purchased the store chain from Supervalu in 2013.

In another quick-flip example, Apollo Global Management and C. Dean Metropoulos started exploring the sale of Hostess Brands late last year, according to Reuters. The New York Post reported a long list of suitors for the maker of Twinkies, including Post Foods, Switzerland-based Aryzta AG, Grupo Bimbo and Flowers Foods. Price talk around the deal is $2 billion, about four times the $410 million Apollo and Metropoulos paid in 2013 to get Hostess out of bankruptcy. The deal would mark a roughly two-year hold for Apollo.

In one super-short holding period, Thoma Bravo sold payment processing company Digital Insight to NCR for $1.7 billion in a deal that closed in early 2014. The Chicago firm showed a gross profit of $625 million over the price it paid less than six months after it carved out the business from Intuit Inc.

With the stock market posting solid gains over 2014 and especially 2013 and the IPO window open, buyout pros estimated that many portfolio companies purchased in the past two years could be sold. Strategic buyers remain flush with cash and eager to buy sponsor-backed companies to boost their growth.

Meanwhile, many in the buyout world fret that any portfolio company acquired during these days of purchase price multiples north of 10x or even 20x EBITDA may deliver much more muted gains for private equity funds launched in the current vintage year.

Private equity has always turned in lumpy performances from year-to-year. Today’s quick flips may give way to longer holding periods if the economy, or the buyout market, starts to cool off.

Deal-makers focused on the middle market are working hard to avoid overpaying, according to a panel at the WSJ Private Equity Conference.

Mark Kelly, a managing director at H.I.G. Capital, said his approach is to “burn shoe leather” to find deals outside of the traditional investment banking networks by tracking down founder-owned companies with revenue of $100 million to $500 million. The firm never pays double-digit EBITDA multiples, Kelly said.

Charles Moore, a partner at Trilantic Capital Partners, said Trilantic relies on flexibility in its talks with founder-owned businesses. It may agree to a majority or a minority stake with a seat at the table for decision-making at the company. “We start to get allergic at double-digit multiples,” Moore said. A multiple in that ball park may be prudent for a faster growing company. But nowadays, “10x EBITDA is the new 6x EBITDA,” he said.

“We put capital to work in lots of ways,” Amen said. The firm’s sweet spot for deal prices remains around 5x EBITDA to 6x EBITDA, with a ceiling of about 9x EBITDA with no more than 3x EBITDA in leverage.