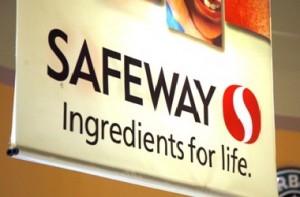 Siris Capital made an equity contribution of $375 million, or about 45 percent,  for Digital River. It financed the deal with a $255 million first-lien term loan, an $80 million second-lien loan, and cash on the balance sheet, according to Standard & Poor’s, which assigned a stable outlook on the company recently.

Digital River’s adjusted leverage of mid-6x EBITDA isn’t far off the average first-quarter buyout debt level of 5.42x EBITDA by U.S. sponsors, according to an estimate from S&P Capital IQ.

Siris Capital’s equity contribution of 45 percent exceeded the average equity payment of 39.4 percent by U.S. sponsors in the first quarter, according to S&P Capital IQ.

With $26 million in cost savings expected over the next 12 to 18 months, along with revenue growth baked into its contract to provide e-commerce services to Microsoft, Digital River should see its debt ratio fall back to the mid-5x level by the end of the year, S&P said.

That calculation doesn’t include any positive impact from the possible sale of Digital River’s Beanstream unit, which has been put on the block, according to a report in Buyouts. The unit’s EBITDA ranges between $5 million and $7 million.

So while Siris Capital explores the pricey tech space, it’s not loading Digital River with debt and it may even sell off a unit to boost its cash.

Although Cerberus Capital Management and its big Albertsons platform closed the $9 billion deal for Safeway just this February, taking the supermarket chain public again would make sense, based on some comparable price moves of late in the public equities market.

Overall, retail stocks in the SPDR S&P 500 Retail ETF were up 21 percent as of March 31 compared to the year-ago period, including a 5.9 percent jump in the first quarter. That’s a good sign for an IPO from a supermarket chain.

Initial public offerings from other consumer-facing companies have fared well. Party City, from Thomas H Lee, is up about 25 percent from its April IPO as of May 8.

This all points to healthy appetite for consumer stocks.

It’s too soon to tell what kind of valuation Safeway would get and how Cerberus would craft the deal. Reports that surfaced recently said the IPO would come from AB Acquisition LLC, the holding entity for both Albertsons and Safeway, and it would raise at least $500 million. So it’s possible the deal would include some kind of combination of both store chains. AB already sold 168 stores to satisfy antitrust regulations in deals with Comvest Partners.

A successful IPO of AB, or possibly just the Safeway business, could help Cerberus in its efforts to raise $3.5 billion for Cerberus Institutional Partners (CIP) VI.

You never know when the market will turn, so speed may help Cerberus in this case.

Francisco Partners is tapping its recently raised, $2.9 billion Francisco Partners  IV LP fund for a take-private of ClickSoftware Technologies Ltd, a provider of automated mobile workforce management tools for the service industry, in a deal expected to close in July.

The San Francisco buyout firm will pay 3.47x 2014 revenue of $126.2 million in its all-cash offer for ClickSoftware. The company posted a loss of $3 million for the year, with no EBITDA figure included in its annual report.