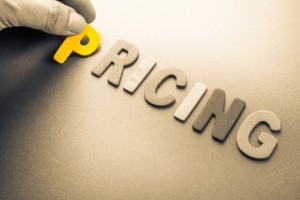 Sponsor-backed initial public offerings may come from established companies with long track records, but only one has survived the bruising stock market sell-off of 2016.

Ollie’s Bargain Outlet, a CCMP-backed operator of 187 discount stores that launched in 1982 in Mechanicsburg, Pennsylvania, traded at $18.29 a share as of press time on January 15. That’s well above the $16 price of its initial public offering on July 15, 2015.

The company appears to have captured Wall Street’s fancy as a counter-cyclical bet on a retailer that helps shoppers save money in good times and bad.

Ollie’s Bargain Outlet stands out as the winner of what’s turned out to be a somewhat ill-timed crop of sponsor-backed IPOs in the past few months. IPOs from private equity firms tend to be from more solid companies with longer track records compared to venture capital-backed IPOs.

But in this market, just about everything is getting hammered.

Even the mighty $2.6 billion IPO from First Data Corp has faltered in the face of tough stock market conditions. While it’s debt-heavy, First Data Corp throws off lots of cash as a major transaction processing specialist backed by Kohlberg Kravis Roberts & Co. But after debuting its IPO on October 14 at $16 a share and rising from there, First Data saw its shares tumble to $13.83 as of January 15.

Worse still is Amplify Snack Brands Inc, the TA Associates-backed company that makes Skinny Pop popcorn. Investors gobbled up Amplify when it debuted at $18 a share on August 4, but now they have lost their appetite for the stock, which has fallen below $10.

Starting in the fourth quarter, deals from big names such as Albertsons Companies Inc from Cerberus Capital Management; Neiman Marcus Group from sponsors Ares and Canada Pension Plan Investment Corp; and PetCo from TPG, Leonard Green and Abu Dhabi Investment Authority never got out the door.

In his most recent “On The Couch” memo, Oaktree Chairman Howard Marks said the latest market sell-off follows the familiar pattern of investors overlooking negatives for a while and then overreacting to them on the downside. U.S. financial markets started selling off on China woes last August, leading to “a wake-up call to the existence and importance of risk,” Marks said.

Stefan Shaffer, managing partner at SPP Capital Markets, reported an uptick of 0.5 percent to 1 percent in senior, mezzanine, and unitranche debt pricing in the middle market in his January update. Leverage levels in deals have generally tightened by about 0.5x EBITDA in most sectors.

“We kick off 2016 in a very different place than we were a year ago,” Shaffer said in his January update. “Base rates are higher, credit standards are stricter, and pricing for high risk or leveraged profiles is at a premium.”

Factors driving these loan pricing trends include scrutiny of commercial banks to stay below leverage level limits promoted the U.S. Federal Reserve. Also, many business development companies are finding it more difficult to raise more capital to lend since more than two-thirds of public BDCs continue to trade below net asset value.

Meanwhile, dislocation in the energy sector has led to a “fundamental repricing of risk” both in the 144A private placement security market and high-yield markets. Higher leverage levels, slower EBITDA growth and debt downgrades outnumbering upgrades at a rate of 5 to 1 one have also contributed to credit quality deterioration, Shaffer said.

Thus far, the middle market has been spared the tougher market conditions in the syndicated, public debt, and high-yield markets. Average effective yields for high-yield bonds have risen to about 9 percent from about 6 percent one year ago.

Looking ahead, Shaffer expects more opportunities for minority equity investments in the middle market, as a way for sponsors to raise capital for deals.