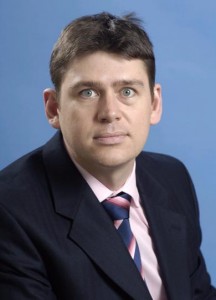 Last year the European Commission launched a public debate on ways to improve the framework for investment funds. Although this initiative is largely focused on retail funds, as part of this exercise the EC invited a number of representatives from private equity funds and investors to report on the role of the industry, its main challenges and areas for possible improvement. A key area was looking at European-level regulatory obstacles that are holding back the efficient development of the business.

But there is differing opinion on the value of this initiative. While those on the expert group have hailed it as an important step forward in persuading European policy makers to facilitate private equity, some others are more sceptical about the likelihood of significant change and have said the report should have gone further in its recommendations.

Nevertheless, the establishment of the expert group has been seen by its supporters as an opportunity for the industry to address some of the prejudices about private equity among policy makers in some member states.

In July the expert group reported and made several recommendations, which will feed into a white paper on investment funds expected from the Commission towards the end of this year.

The main recommendations of the report are:

The EVCA welcomed the initiative. A spokesman said: “The group has helped not only to provide a concise overview of the industry and its role in value creation, but also to help challenge pre- or misconceptions surrounding private equity and its contribution to entrepreneurial activity and growth.”

Internal market commissioner Charlie McGreevy has voiced his support for the report, arguing that private equity could make a stronger contribution to the European economy if regulatory costs were lower.

Carol Kennedy, a senior partner at fund-of-funds Pantheon Ventures, was a member of the expert group. She says: “This is the first time the EU has asked for anything like this and it’s recognition of the increasing importance of private equity as an asset class and the contribution of venture capital and buyouts to job creation, profitable growth and European competitiveness.”

She says she believes that policy makers will take on board the recommendations because there is increasing understanding of the importance of private equity and its transnational nature. Kennedy welcomed, in particular, the comments of Charlie McGreevy in support of reducing regulation.

She says: “I see the report as setting the record straight about private equity’s role and importance because there is sometimes a misrepresentation in the media and people don’t realise that there is a strong alignment of interests running from investors to fund managers to the managers in underlying companies.”

One of the most important issues the report highlights, she adds, is in the marketing of funds, which she describes as a “legal minefield” thanks to different national rules drawn up, in large part, to protect retail investors even though conventional private equity products are not aimed at the retail market.

The expert group report, she says, builds on other documents such as the Apax/EIU report that showed the USA to be number one and the UK number two, but Italy number 24, in terms of welcoming private equity. Much of this, she says, is down to issues around “permanent establishment”, i.e. investors fearing extra tax liability in the countries where investee companies are based. Such permanent establishment issues are a significant problems in countries like Italy, says Kennedy.

The difficulty, he says, is that there are different views about the value of private equity among member states, with some taking a more positive view than others. In any case, he says, the nature of change in the EU is invariably slow.

Although the complex present system could be said to be favourable to the lawyers and other advisers, Gander dismisses this view: “What we would like is more transactions on a more efficient basis, rather than having to charge clients for the complex marketing rules, as clients don’t like to pay for that kind of thing. We would rather be able to focus on work that adds value.”

Daljit Singh, a partner at law firm Berwin Leighton Paisner, believes the report could have gone further in its scope and recommendations. For example, he says, it does not say much about the need for more clarity on the tax treatment of managers’ carry, which is frequently a problem in Europe, as well as tax treatment of the people running portfolio companies.

The lack of clarity across Europe on these issues means the only people benefiting are advisers, he argues, and lack of certainty on tax treatment can impede refinancings. According to Singh, the report does not go deep enough and is too focused on fund formation.

“Private equity is not just about fund formation and there’s no point getting that right if there are lots of other issues impacting on getting deals done,” he says.

Singh says his scepticism about the report is summed up by the joke in the TV comedy Yes, minister, which is that if you want to prevent change then set up a committee.

He says: “I’d be surprised if, in two years’ time, anything much had changed and one of the big challenges is they’re trying to fit the square peg of an Anglo-Saxon concept into a continental European round hole.”

Another sceptic is James Stewart, a partner at ECI Partners, who links the exercise to the wider Lisbon Agenda, which is the EU’s attempt to make Europe the most competitive economy in the world by 2010 by raising productivity and improving innovation. Given the fact that private equity has an obvious role to play in helping raise productivity and stimulate innovation it is no surprise that regulators want to facilitate private equity, says Stewart: “From that perspective the recommendations of the report are rather limited in scope, as they concentrate on creating a better regulatory environment for private equity funds and fundraising across different member states.”

He argues that the expert group could have gone further and looked at the regulation of companies more generally, whether private equity-owned or not, given that that is one of the main obstacles to improved productivity.

He says: “The regulatory burden on European business is prohibitive and while it’s important to consider the regulation of private equity funds that’s not enough.

KPMG partner Vincent Neate defends the exercise, noting that it is part of the EVCA’s attempt to protect private equity from excessive regulation and that that should be welcomed.

It is always concerned when a report calls on policy makers to consider a particular industry when drafting legislation. “I always worry that policy makers see that as an opportunity to control a new area, to dictate what it does.”

This fear is shared, to an extent, by law firm SJ Berwin, where a spokesman points out that the industry is still not well understood by politicians, the media or the public: “The concern is that legislators who see a problem reach instinctively for the first tool in their box – legislation,” says the spokesman. He adds that it is easy to be cynical about such initiatives and that it would be foolish to predict any quick results: “But the process of educating and persuading policy makers is a slow one, and an opportunity to put the case forcefully is rare.”

KPMG’s Vincent Neate agrees that, all things considered, the report is a positive step forward in improving the understanding of private equity among European policy makers, and perhaps in encouraging some reforms. The risk, he argues, is as ever in making sure that any changes that do take place, whether at member state or EU level, do not end up negatively affecting the industry.

Neate says: “Some people may call the exercise a talking shop but in my experience talking about something does usually lead to action but it is not always the kind of action everyone expects. Not infrequently there are unforeseen consequences to legislative changes and so the industry will need to closely monitor future developments.”