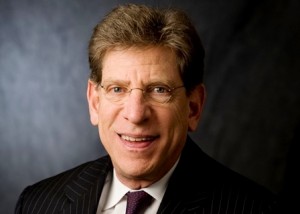 The result beats the top-quartile IRR threshold of 10.9 percent and the median performance of 8.8 percent for that vintage year, according Buyouts’ annual compilation of public pension fund data. Allan Holt, co-head of Carlyle’s U.S. Buyout Group, spoke with Buyouts about Fund IV and how it shaped the evolution of the firm.

It was a big jump from the previous fund. Fund III was $3.7 billion or $3.8 billion and we went out and doubled it. We raised it in a reasonable amount of time (in about six months). We had a pretty good track record on Fund III. The demand from LPs was out there.

What was your first deal?

The first deal was LifeCare Holdings, which was a wipe out. (Carlyle purchased LifeCare in 2005 and the company entered bankruptcy in 2012.) It was a business comprised of acute care hospitals and we lost three of them to Hurricane Katrina. So with Fund IV, we started out in the hole very quickly, but it got better after that.

Which deals helped the fund achieve its performance?

Allison Transmission was an enormously successful deal from a company we bought from General Motors Corp. Arinc was successful. Within two or three years, we doubled its operating profit. MultiPlan was more than 3x.

Overall, other funds from 2005 didn’t fare too well. The overall top quartile threshold for that vintage is 10.9 percent, which is lower than many other years.

That vintage took the brunt of the recession. We changed out about half of our CEOs in that fund. Some of the ones that we changed did quite well.

Do you still own companies in Fund IV?

We still own Freescale, Nielsen and Wesco, an aerospace parts distributor. We’ve already made more than 3x our money on Wesco. We’re still in Nielsen Co. We’ve only got a couple of trades left to sell.

With Arinc and other Fund IV companies, did you grow more with add-on deals, or organic growth?

On the exit side, it looks like a mix of IPOs and sales, but mostly IPOs?

Those are some epic deals. What about Freescale Semiconductor?

In December 2006, Carlyle funds, collectively and including Fund IV, invested more than $1 billion in Freescale Semiconductor. Blackstone Group, TPG and Permira Advisers also invested in Freescale. (The deal was valued at $17.6 billion in 2006.)

The deal got into trouble very early. One of the very attractive things about Freescale was it had a big customer: Motorola. Motorola was an asset in doing the deal and then it hit the skids and was losing market share to Nokia, Blackberry and others, and it put Freescale in a hole. It went public at $18 a share and then it dropped off. After two years, we thought we’d be lucky to recover 50 cents on the dollar. We had one really good manager that helped turn the business around. He did a great job, but he wanted to retire. (Rich Beyer set plans to retire in 2012.) Working together, the ownership consortium brought in another great manager, current Freescale CEO Gregg Lowe. He did a phenomenal job with the business. It was trading up in the mid $20s and then into the $30s. On March 2, NXP Semiconductors NV made an offer. The offer was 80 percent in stock and 20 percent in cash. After the first day of trading on the NXP offer, Freescale stock went up 15 percent. (The deal’s purchase price at exit has been widely reported as roughly even with cost for sponsors.)

How did Fund IV contribute to the overall evolution of Carlyle?

This was the fund that took the brunt of the recession. That’s what we’re most proud of. Hertz lagged for a long time. Arinc lagged for a while. Even Allison Transmission was lagging. It took us three years to get Philosophy Inc going. Nielsen lagged for quite some time. A fund that took the brunt of the recession with a number of companies that were written down dramatically — today that fund has generated a strong return. We’re quite proud of that. It took a lot of work. (Carlyle has disclosed a 2.3x multiple of invested capital on Fund IV as of Dec. 31.)

Any key personnel changes at the fund?

Did Fund IV help Carlyle perfect its focus on sectors?

We’re one of the first private equity firms to focus on industry sectors. While a lot of other firms will have one partner handling multiple sectors, we have five dedicated sectors: aerospace, defense and government services; consumer and retail; healthcare; industrial; and telecom, media and technology.

And there are five senior partners who head up those sectors. They’re very immersed in those sectors and they know what’s going on, and in some cases we know a deal may be coming to market before the market knows. I head up the fund, spending time watching over the teams, reviewing deals and approving deals, managing and reviewing the portfolio with the teams, as well as looking for deals.

What’s your take on the U.S. economy now?

It’s a no-growth, or a low-growth recovery. We’re not seeing tremendous top line growth, or not as much as we’d expect to see. The economy is in pretty good shape, generally. We’re seeing a higher U.S. dollar may impact results. The stronger dollar is relatively new. We’ll see some negative impacts from that. The economy is in reasonable shape. The U.S. is the best economy in the world to invest in. Deal flow is very healthy right now.