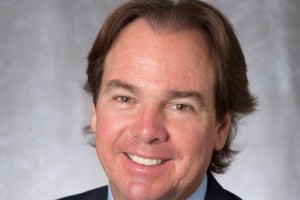 Charlie Ayres of Trilantic reflects on the firm’s performance during and after the 2008 financial crisis.

Was fundraising relatively easy for Trilantic Capital Partners IV? You wrapped it up well before the financial crisis.

Even though we were Lehman at the time, in terms of the number of LPs that would look at an affiliated model, we managed to raise capital quickly based on the strong performance of Fund III, a $1.2 billion fund. It was market timing along with good performance that allowed for that fund to be the size it was. Our first close was in March of 2007 and its final close was June of 2007. Fund IV, comprising a global fund and a European fund, was $3.3 billion, which was reduced post-bankruptcy to a $2.6 billion fund as part of negotiations with LPs during our spinout. In exiting the Lehman bankruptcy, we offered LPs the choice to reduce their forward capital commitment, resulting in a $1.9 billion global vehicle and a $700 million European vehicle.

So once you raised the money in 2007, you stayed away from making any deal at first. Why?

We’ve performed as well as we have because we were one of the few GPs that managed to stay out of any deals in 2007. It was too frothy for us. The one deal we did was a Fund III company, Antero Resources. We increased our commitment to a prior investment. We made no new platform investments in 2007. That’s what really kept us out of trouble. The reason we didn’t do it: We felt paying peak multiples on peak earnings and maximizing leverage to do deals was a recipe for disaster. We stayed out of that. If you can mitigate your losers and have some winners, you’re going to do a lot better. That’s why our math is so compelling.

But in the midst of the financial crisis, you managed to pull off some deals in 2008?

In 2008 we did a number of transactions, one called SRAM LLC, a bike components business that we closed on Sept. 30, 2008, 15 days after Lehman went bankrupt. We didn’t uncross a ‘T’ or un-dot an ‘I’. We invested over $200 million into that company, exited after about 30 months and made 2.4x our money. By 2008, the types of deals we were doing felt a lot better than in 2006 or 2007. Trilantic Capital Partners IV Global has 19 investments and of those 19, there were only six that were in the fund at the time of Lehman’s bankruptcy. It’s much more of a Trilantic fund than a Lehman fund, which helped our ability to raise our first fund as an independent firm. We fortunately had three years to deploy the capital out of Fund IV before we needed to raise Fund V North America. It did set the stage for a successful fundraise for that fund.

Fast forward to that new fund. You’ve already deployed capital for a few deals: about $150 million in equity each for domestic upstream oil and gas firms Templar Energy LLC and Trail Ridge Energy Partners II LLC, plus about $90 million for Traeger Pellet Grills LLC, a rapidly growing maker of wood pellet outdoor cooking equipment and related products ; and Addison Group, a staffing provider.  How did you tackle lofty valuations of target firms?

Because we’ve been able to stay out of the auction market – which has driven values to the highest levels in the last five years – we feel we’ve been able to buy well. You need to be very clear on what you like, where you see value, what value you’re bringing to the table and show price discipline. That’s easy to say, but if you can execute, you’ll probably do well. The only thing you can’t change about a deal is what you pay for it.  If you don’t make that mistake early on, it solves a lot of problems.

There’s no question that during the life of a fundraise LPs ask, ‘what are you buying? What’s your pipeline look like?’  And we were fortunate to have found four compelling deals which represent about 22 percent of our final closing amount. It’s nice to have part of your fund deployed by the time of your final close.

Before your buying spree, Trilantic also sold MicroStar Logistics to Freeman Spogli & Co, and Foritech to Royal DSM.  So you were doing plenty of deals during your fundraising period – is that important?

It’s important but that’s not how we thought about it. We genuinely believe that we were maximizing value when we sold these assets. There’s not one asset we regret having sold. The last 18 months have been good times to have divested assets at good value. To us, although it was helpful in a fundraising time to show distributions-to-paid-in multiple [DPI] – the new IRR – it wasn’t a driver for us. If we didn’t feel that these assets were mature…we would not have sold them when we did. But we were very fortunate to sell into a strong seller’s market and at the same time have mature-enough assets, that we were able to show a very strong DPI.