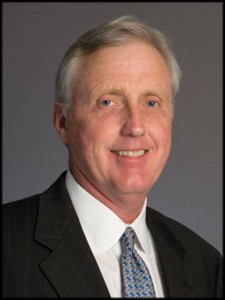 Fundraising – how was it going in 2005 and 2006? That’s just when shale plays were starting to draw more attention from investors. Was it an easy fundraise at the time?

EnCap Fund VI was actually our 12th institutionally-supported oil and gas investment fund. We started the firm in 1988 and the first six funds were a combination of mezzanine debt funds and reserve acquisition funds.  In the mid 1990s, we transitioned into private equity. When we launched that fundraise, we had an 11-fund track record, not five. Up to that point in time, all of our funds had met and the vast majority had significantly exceeded their return targets. That’s the track record we were selling. Fundraising is never easy.  It’s not something you do in 30 to 60 days, but a six-month process. Having said that, we had the good fortune of being substantially oversubscribed. My recollection is we had $2.5 billion in demand versus our $1.5 billion target.

Why didn’t you make the fund bigger?

Our prior fund, EnCap Fund V, was slightly less than $1 billion. Our history has been to progressively grow the size of our funds. The capital needs of the oil and gas industry have grown exponentially, and the increase in the size of our funds has happened in lock step with the cost structure of the business. You go back 15 years and $1 million was an expensive well. Today we drill horizontal wells with laterals as long as two miles and with as many as 40 frac stages, and the average well cost for our portfolio companies would be north of $5 million. Some wells cost as much as $10 million.

When you do these fundraises, you go early in the process and visit with your largest LPs and set forth a preliminary plan for the next fund. And one of the key questions they ask is, ’what’s the hard cap going to be?’ They don’t want you to grow the size of the fund to such an extent that they’re worried about you changing the strategy you’ve built your track record on. It’s really problematic to go back in the middle of the fundraise and try to get the hard cap increased. It’s not worth the brain damage.

Could we jump ahead for a moment to the present time? Given the large number of private equity funds raising billions for the energy space, do you still see enough opportunities to deploy your capital?

We really do. From a bigger picture perspective, I think you’ve got to look at what we’re trying to do, which is invest about $1.5 billion per year, in the context of the oil and gas industry’s capital requirements, which globally are approaching $1 trillion per year.  Beneath that would be access to high quality management teams. The fact that approximately half of our funds continue to be invested with repeat management teams is certainly key in that regard, plus we have a steady pipeline of new opportunities.

Getting back to Fund VI, could you talk about the first deals after you raised $1.5 billion?

Generally speaking, we’ll have 20 to 25 separate investments in a fund. In Fund VI, we had 27 portfolio companies, a few more than normal. When we started investing the fund in Aug. 2006, we were already pretty heavily focused on backing companies with what I’ll call a lower-risk drilling strategy in the economically-advantaged resource plays.

What does that mean? Economically-advantaged would mean a project or play we feel has the potential, in the context of our view of future hydrocarbon prices, to generate top-quartile returns. Equally important would be our assessment of the underlying risk. If I look at the list for Fund VI, we had portfolio companies involved in a handful of shale plays, including the Barnett, the Eagleford, the Haynesville, the Bakken, the Marcellus and what ultimately became the Utica. We also had several companies using horizontal drilling to exploit conventional reservoirs in the Permian Basin and Texas Panhandle.

These shale plays have a reputation of being rich in hydrocarbons, was this the biggest key to success in the fund – finding the right areas for investment?

I would say it starts with good people, and next in line would be where they want to employ our capital. We’re looking for people that have strong backgrounds and experience in the industry and that possess, in our view, the skills to grow and build multi-hundred million dollar, if not billion dollar, companies. Importantly, half of the companies we backed and half of the capital committed in Fund VI was to repeat management teams – people we had backed very successfully in earlier funds. You can think of that as proprietary deal flow.

So you invested in good shale plays with proven management to run the businesses, but how did you navigate the 2008 financial crises, which caused a steep drop in commodity prices?

The story behind the success of Fund VI is multi-faceted.  As you’ll recall, when the bottom fell out, oil dropped from $130 to $30 per barrel and natural gas declined from $13 to $3 per thousand cubic feet [MCF]. It was a time of considerable uncertainty and high anxiety for everyone.  Having control over our capital was certainly one of the keys. If you looked across our portfolio of 50 or so companies spread across three funds, we had 55 rigs running at that point. Within 90 days the number of active rigs was less than 10. We sat down with the management teams of all our portfolio companies and made a determination as to whether we thought what they were doing made economic sense in the new hydrocarbon price environment. Fortunately, the majority of our companies were already pretty well situated in oil or liquid rich projects, which became the most attractive plays coming out of the downturn. Those that had been focused on gassier plays, we asked to re-write their business plans or effectively re-make themselves, which most of them did successfully. That leads me to another key and that is adaptability. Market forces or market dynamics in the oil and gas business are constantly evolving and both we and our portfolio companies have to be able to adapt to those changes in our search for opportunities that can generate top quartile returns.

Did your strategy on low leverage help you? Did you end up buying any assets after prices fell?

No question, we benefitted from our philosophy of limited use of leverage. Average debt-to-total capitalization in our portfolio companies was at that time and continues to be less than 20 percent – obviously very different than the model of the big buyout firms. My partners and I have been doing this for 40 years, and if you look back over that time period, there has been huge price volatility. We don’t want to lose control of the destiny of our portfolio companies because they have too much leverage, nor do we want to capital call our LPs to pay down bank debt. Furthermore, you could argue that one of the foremost times of opportunity is when prices collapse and there is some distress in the industry. That in fact was the case in late 2008 and 2009, and a number of our Fund VI portfolio companies made very attractive acquisitions during that time period.

Any comments on exits from that fund?

I believe we’ve exited 23 of the 27 investments in the fund. There are still a couple of small unrealized deals. The gross return on investment is about 2.6x on the 23 realized investments. Plus, if you look below the numbers, you would see a great deal of consistency in terms of performance. There isn’t a 10x deal that offsets a bunch of underperforming investments. That is really the hallmark of EnCap’s success – the consistency of our returns.

Given the large number of private equity funds raising billions for the energy space, do you still see enough opportunities to deploy your capital?

We really do.  From a bigger picture perspective, I think you’ve got to look at what we’re trying to do, which is invest about $1.5 billion per year, in the context of the oil and gas industry’s capital requirements, which globally are approaching $1 trillion per year.  Beneath that would be access to high quality management teams. The fact that approximately half of our funds continue to be invested with repeat management teams is certainly key in that regard, plus we have a steady pipeline of new opportunities.

How did this Fund VI shape the evolution of the firm?

Once again, our Fund VI experience absolutely reinforced the importance of control of our capital and prudent use of leverage. The somewhat new revelation would have been trying to get our hands around a management team’s ability to adapt to changing market conditions. We’re somewhat in that situation now. The opportunity set and what the ultimate buyers of our portfolio companies are looking for today is different than five years ago, and we and our management teams are having to react to that.