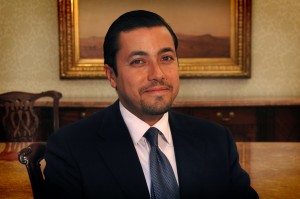 Talk about the fundraising environment at the time?

We closed the fund in April 2008. We were fortunate to have had the fund close before the financial world came to a screeching halt. We wanted to raise $500 million and were oversubscribed, but stuck with our target. This was not a venture capital fund but a small-mid cap tech/private equity fund investing anything from $30 million to $50 million in more advanced businesses in Europe and North America. These are geographies that Investcorp has been in for the past 35 years. In our case, our business model is not based on one or two home runs where we make 20x. Our performance both in this and prior funds are based on a very consistent delivery across all of our portfolio companies.

Given Investcorp’s offices located in New York, London, Bahrain, Riyadh and Abu Dhabi, were LPs skeptical of focusing on a US-centric business such as technology?

There are very few cross-Atlantic mid-market technology private equity funds. Some LPs were scratching their heads over which bucket to put us in. Around the mid-2000 period, there were also questions around technology companies making money in Europe. We had a lot of skeptical looks around the potential performance of the technology sector in Europe. One of our first exits from the fund was from a European company and I’m happy to say that we proved the skeptics wrong.

Any interesting moves you made after the Lehman Brothers bankruptcy?

As the financial crisis took hold, we took a very macro view on the environment and on consumer spending. One area we identified was a potential increase in consumer debt defaults on credit cards, car payments and other items. We bought one of the leading providers of credit risk management solutions in the United Kingdom that catered to the recovery of consumer debt called TDX Group, which was started by a couple of former Capital One executives. We invested in TDX in December of 2008 for an enterprise value of about $75 million and we sold it earlier this year to Equifax for about $250 million, making a 3x return for our investors.

What was the first deal you did after you raised the fund?

One of the first deals out of Fund III was Ireland-based Fleetmatics, a software-as-a-service provider that helps track the location of vehicles.  We acquired Fleetmatics in July 2008 and within a year we also acquired its largest competitor in North America, Sage Quest. In 2012, we took the company public on the NYSE. Today, we are fully exited from the company, which has about a $1.2 billion market cap. We like cross-Atlantic plays. That’s where we shine.

What were some other deals from Investcorp Technology Partners III that drove performance?

We’ve made a partial exit on the Skrill group. After Paypal, Skrill is the second largest online payments system and digital wallet provider in Europe. Skrill grew EBITDA from about $4.6 million to $63 million during Investcorp’s period of ownership. In August 2013, we agreed to sell a majority stake in the company to CVC Capital Partners for a total enterprise value of about $750 million.

How did this fund shape the evolution of the firm?

We’re a relatively cautious firm when it comes to venturing into new areas. As a firm, we’re one of the largest investors in everything we do. The success of Fund III has made us comfortable to write larger equity checks for tech businesses. Last year, we acquired FishNet Security, the largest security software and value-added reseller in the U.S. They help companies address growing cyber-threats. Watch this industry.