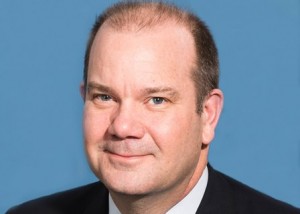 HKW Capital Partners III, the vintage 2007 fund from 112-year old Hammond Kennedy Whitney & Company (HKW), logged an IRR of 15.2 percent and an investment multiple on contributed capital of 1.8x for the Indiana Public Retirement System as of Dec. 31, 2013. The performance ranks on the cusp of the 15.4 percent IRR threshold for top-quartile funds of that vintage, and it lands well above that level based on its investment multiple, according to a review of pension fund data by Buyouts. The median IRR for the 2007 vintage is 9.4 percent. HKW closed Fund IV in April, 2014 with $316 million in commitments, above its $300 million target. Partner Jim Snyder spoke with Buyouts by phone from the firm’s office in Indianapolis.

How was fundraising for Fund III, given that it was raised during a time of megadeals and huge funds?

There were a few things going on that made it a tough market. There were very large funds being raised at the same time and it was putting the squeeze on the lower-middle market. We needed to work around that. HKW II had a few, but we were trying to bring in more institutional investors as opposed to high net worth individuals and family offices. We weren’t a first time fund, but we were sort of one for those folks. We had to really work our way through how we presented ourselves as an institutional fund. We didn’t have a lot of exits in Fund II. We also brought in our operating team during this period. We had a lot of activity and improvements going on and it made for a challenging environment, but we were able to finally wrestle $202 million to the ground. It took about a year. We launched in 2006 and had a final close in 2007.

Could you say which institutional LPs you added?

Did the focus on the fund change from earlier funds?

It was the same: small middle-market companies with good management teams and growing markets, with a focus on targets between $5 million and $20 million of EBITDA. (The firm’s current range is $5 million to $30 million in EBITDA.) We were founded in 1903. We had 80 years of boutique investment banking and then we launched our first private equity control deal in 1982. Our focus hasn’t changed much.

In 2006 and 2007 we saw the need for the first time in our history to bring on full-time operating partners, two executives from one of our most successful deals from Fund I. We saw the trend coming and the need to really be involved in operations to be able to help these companies. We could bring in third parties, but we wanted someone to go in and help. It was extremely beneficial.

When the crisis hit we did get impacted, but we were able to put some counter measures in place pretty quickly. We saw it impact each company. We tried to put in cost-saving measures. Our selling, general and administrative expenses (SG&A) went down by 10 percent. We drove our working capital down across our portfolio by 67 percent. We took inventory down by 47 percent. These were actions our operating partners put into place.

As we raised Fund III, we had revised our selection criteria. We were looking at firms in markets offering long-term growth. Late in Fund II and entirely in Fund III, we invested in companies related to energy, infrastructure and aerospace. All of those got hit, but they started coming back. We did take a hit, we struggled, but we didn’t lose any of our companies and we’re very happy about that. And we came out as a very strong performer.

Nesco LLC really stayed flat during the recession and quickly grew shortly after the recovery started. Nesco rented equipment to electric utilities and companies building the electrical grid. There was a huge maintenance backlog for the grid and it needed to expand. We grew the company and we bought equipment during the recession. We had an add-on strategy. We bought a company in Texas and another on the West Coast to expand our fleet and reach, and we expanded the management and sales teams and we brought in a new president. The owner stayed on, but we wanted to bring in someone who would take the company forward. The company really capitalized on the need to expand the grid. We sold it to a larger private equity fund. (Platinum Equity purchased Nesco in 2011.)

Visioneering Inc, based outside of Detroit, manufactured tooling for composite parts manufacturers that make parts for airplanes. It also slowed down during the recession. Our operating executives were involved and one of our retired partners, Jim Futterknecht, ran the company for us. We did a nice job of turning it around and it became very profitable. When we did have trouble, we had the operational expertise to manage it. We were in a market that we knew would grow long-term. We also sold it to a larger private equity fund. (The firm closed the sale of Visioneering to 3P Equity Partners and Silver Sail Capital in 2013.)

How many exits have you had from the fund?

We had 14 companies in Fund III. Seven have been exited and seven remain in the portfolio. We’re targeting two or three more exits this year.