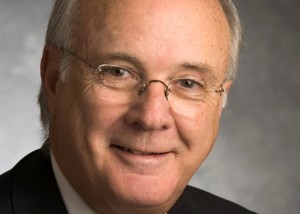 First Reserve Corp’s vintage 2004 fund, First Reserve Fund X, generated an IRR of 36.3 percent as of Dec. 31, 2013, for the Oregon Public Employees Retirement Fund. The score beats the top-quartile threshold of 22.2 percent and the median of 12.9 percent for that vintage year, according to an annual study of public pension fund data by Buyouts.

We spoke to First Reserve Vice Chairman and Managing Director John Hill, who co-founded the firm with William Macaulay in 1983, to get the skinny on Fund X. Here’s the Q&A:

Q: Since you had already raised a number of funds, was the fundraising relatively easy for Fund X or was there less interest in energy at the time?

A: There were not many energy funds at the time, not even very many industry-specific funds. There were only three or four energy managers, compared to about 100 today. It was a relatively small group of practitioners. We had to convince people that energy made sense for a fund. It was something a lot of people hadn’t looked at before. What helped us was we had a good run in Fund IX. It was delivering about a 50 percent net return to investors at that time and that helped persuade people that energy was indeed a viable investment space and the First Reserve team seemed to know what it was doing. We raised $2.3 billion for Fund X. It was our largest fund at the time.

Q: When you raised the fund, there was talk about importing liquid natural gas because we weren’t expected to have enough inside the U.S. What were the investing themes with the fund?

A: Clearly, world and domestic oil demand was rising. It was a time when both our natural gas and oil production were in decline in the U.S. One theme was to focus on resources — oil and gas and coal in the U.S. and elsewhere. Our first investments in coal outside the U.S. took place with this fund in Australia, China and the Czech Republic. There had been under-investing in infrastructure such as pipelines, storage plants, gathering systems and refineries. With rising demand, we were going to have to do a huge catch-up on infrastructure spending.

Q: Any deals you’d like to highlight that drove performance of the fund?

A: There were several that had a big impact. One was Dresser-Rand, a $260 million equity check acquisition that we got from Halliburton Co. We did 4x our money and generated a 188 percent gross IRR on that one. That helped the return for the fund. [Another big one was] Chart Industries, a big cryogenic firm. With demand for natural gas, we felt it made sense to have a position in infrastructure to support growth. [Chart Industries generated] a 2.6x return and a 150 percent IRR. Another mining investment, Southern Cross, was a 10-year investment and we made 3x on it. We recently got out of the last piece of it.

Q: Since the fund was raised in 2004, you would have typically exited around the 2008-2009 time frame. How did you navigate the financial crisis?

A: The interesting thing with Dresser-Rand, or Pacific Energy Partners, or Chart Industries, [is that] we’ve always had a very strict sale discipline. When we see company growth slowing down, we start to think about selling. So we had four or five that achieved optimum growth rates, and we decided to sell them more rapidly than we normally do. We missed the financial crisis on these. The financial crisis did impact the IRR of the fund because of some companies, like Brand Energy and Infrastructure Services. We doubled down [on Brand Energy during the crisis]. We helped them get through and ultimately had a good return on it, but it was a longer holding period. Acteon Group Ltd was a six-year holding period, which was stretched out by the financial crisis.

Q: How did Fund X shape the evolution of the firm?

A: With the growing demand for energy and the growing opportunity we saw in deals, it helped increase the size of future funds. We had a robust period of hiring people and promoting people.

A: We have some companies where we’re working on liquidity issues. So we’re spending time on that. We’ve closed on $6 billion in new capital in 2014, so we have a lot of dry powder. We feel great about that. It’s a good time to put money to work. Distressed investing is going to take a while to unfold. It’s a two- to three-year play. We have time and we have the cash. It’s not our first cycle. I like high oil prices and low oil prices. They both have their role in our portfolio.