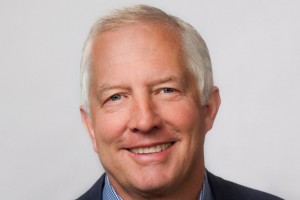 The vintage 2004 Endeavour Capital Fund IV generated an IRR of 28.3 percent for the Oregon Public Employees Retirement Fund as of Dec . 31, 2012, landing it in the top quartile. (See accompanying chart) . The performance exceeds the top quartile threshold of 23.4 percent and the median of 13.2 percent, according to pension fund data compiled by Buyouts.

Tell us about fundraising for Endeavour Capital Fund IV – since it was already your fourth fund, was it any easier?

We haven’t had that much turnover in our LP base, so it wasn’t an exceptionally long fundraising period. Fund IV took about four months. Part of the reason we’re different is we’ve deliberately capped our funds. We’ve made a conscious decision to stay in the lower middle market. If you raise too much money, you can’t stay in that end of the market. Fund IV was $280 million, Fund V was $475 million and Fund VI was $675 million. We’ve grown but we’ve capped the amount of capital in each fund. As our funds have grown we’ve grown more horizontally rather than “up-market.” We started out in Portland and now we have offices in Los Angeles, Seattle and Denver.

Could you run through deals that drove the performance of Fund IV?

In Fund IV, we had Grand Canyon University, an online, private educational institution based in Phoenix. That went public in 2008. We had WinCo Foods, a grocery discount chain headquartered in Boise, Idaho and Northland Transportation based in Seattle. Those were three of the exits that helped the value of Fund IV.

What’s the legacy of Fund IV in terms of its impact on the evolution of your firm?

Our first two funds had one family as our LP and then in Fund III we started taking outside capital. By Fund IV we started adding our current LPs like Massachusetts Institute of Technology, the Oregon Public Employees Retirement System, Washington State Investment Board, Notre Dame and Commonfund.

So you were based  in Chicago earlier in your career – how’d you end up in Oregon? And I can’t resist asking if your firm has invested in the pride of the region –  microbrew beer?

I was a partner at GTCR and left to co-found Endeavour. I liked fly fishing on the west coast and my wife is from the West and I went to college here so I wanted to get back out here. We’ve got a regional strategy as well – our geographic focus is Denver and west. As for microbrew, one of our first deals 19 years ago was Columbia Distributing Co, a big, diversified beverage distributor in Oregon and Washington with a huge share of the microbrew market!

In the lower middle market, which we define as $5 million to $50 million in EBITDA. The year 2012 was really busy because a lot of these smaller, tightly-controlled firms were looking at tax increases. It was the busiest year I could remember in 30 years in the private equity business and then 2013 slowed down a fair bit although we’ve had several exits over the last couple of years. But now starting at the end of 2013, we’re seeing increased activity again. It’s picked up again, especially in the lower middle market.

So what’s your secret sauce at Endeavour?

We believe in keeping the fund size relatively small and having a geographic focus, and on top of that there are two or three industry groups we focus on. By being geographically focused, we spend a lot of time getting to know companies before there’s a transaction. We call that our “garden” – it’s kind of a corny phrase. If we’ve done our job right we’ll be one of the few calls a company makes if they’re raising equity capital in the lower middle market. A lot of it is based on relationships. It’s less about auctions and investment bankers. Keeping our garden growing in the West is what sustains us even in frothy times.