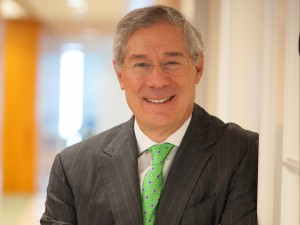 Separately, sister website peHUB reported on June 10 that JLL Partners expects to hold a $500 million first close this summer for Fund VII, which is targeting $1 billion. Levy declined to comment.

When did you start fundraising?

We picked the absolute worst time to fundraise. We started in January 2008 as the financial crisis was building. It made the endeavor very difficult. Needless to say, come September ’08, when Lehman Brothers went bankrupt, the world froze. We had any number of large university endowments that were large backers for many years that had real trouble with their liquidity. It was bad timing.

Was fundraising still relatively healthy in early 2008? The sub-prime crisis was already brewing at that point…

It wasn’t that bad when we started. The market had its first step down in July ‘08, after Bear Stearns blew up in March. The complete collapse was in September and October.

How much did you end up raising in Fund VI?

We raised $800 million and our target was $1 billion. We got pretty close. It was just perseverance—a lot of hard work. And we had some good results that helped. Fund V was a top quartile fund, so people were pleased with that.

What was your first deal?

There were two things we did right away that worked well. The first was we bought a lot of bank debt. We had the ability under our fund terms to purchase distressed securities. We bought around $100 million of bank debt an at an average price of 55 cents on the dollar. That was in late 2008 when the crisis was almost at its worst. Things recovered very rapidly toward the middle of 2009, so we had very successful investments that all worked out and that was great. We made 80 percent IRR with zero leverage.

The other thing we did which turned out to be terrific was that at the very bottom of the market in March 2009—the lowest trading day in the S&P 500 after the collapse of Lehman—we closed the go-private purchase of PharmaNet, a company in the clinical research industry. We were able to buy the company for about 6x EBITDA in an industry that had been trading at 10x to 12x EBITDA before the crash and even during the crash, the industry was still in the 8x to 10x range. PharmaNet had some debt maturity problems which could not be fixed with the debt market paralyzed, and that was our opportunity. We financed the company mostly with equity, because we couldn’t really get any leverage. Within 12 months, we refinanced the company and took out most our equity and we went on to make 6x our money on the deal The fund was off to a very good start. The IRR was astronomical on both the debt and PharmaNet transactions. PharmaNet’s success (the firm was sold in 2011) was due to a combination of buying the company at a very good price and having our operating team go in there and work with the management to get all kinds of cost savings.

Any other investments you’d like to mention from Fund VI?

We have a major investment in DPx, which used to be called Patheon. That company is off to a great start. We’re carrying it on the books at 2x invested capital after six months. It’s a very strong transaction.

Any other thoughts on navigating the financial crisis?

We were fortunate. One of the themes at JLL is to have a sensible purchase price and a sensible amount of leverage. We lost no companies in the crash. Our LPs were happy about that. We even had three companies in the building products industry from earlier funds and they all survived thanks to great management and conservative debt levels. We sold our interest in PGT Industries, a hurricane window maker in Florida and we made 2.3x our money. We sold our interest in CHI, which is a garage door company, and we made 2.6x. We navigated the housing crisis painfully but successfully because our companies didn’t have too much leverage. The third company in building products is called Builders FirstSource, and we are now the nation’s third largest distributor of building products to the new home construction business. It’s a public company and it’s coming back very strongly.

How did this fund contribute to the evolution of the firm?

It established us very strongly as a solid midmarket control investor. It made it clear to people that we are able and willing to act in difficult times and we have strength in our conviction to close a deal in the most difficult of environments, which I think is important and it adds enormously to credibility. To be able to close PharmaNet on the worst day of the S&P 500 is something people took note of.

Looking back on the financial crisis, did the Fed and other regulators do a good job?

On balance, I think the Fed handled the financial crisis rather well. The programs were complicated and not without their challenges, but from the perspective of the buyout industry I think there should be great satisfaction with the programs, especially the resulting near-zero interest rates. Imagine if rates rose to reflect the risks everyone felt at the time; the extraordinarily highly leveraged large buyouts of the 2006-2007 period would have gone broke and remarkably few did.

The “wall of debt refinancing” which everyone predicted would be insurmountable was comfortably scaled. From that perspective alone, the Fed did a great job. As for the bailouts of financial institutions, as a workout guy by background, I’d have done things very differently and larger “pounds of flesh” would have been extracted from many institutions that contributed to the crisis. Getting even today through coercive regulatory tactics and threats is not my idea of fair play.