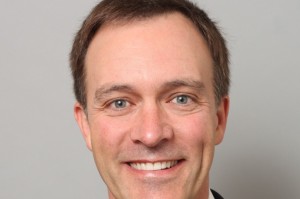 The fundraising – it was about an $822.5 million fund – was begun during late 2007 and early 2008. We had closes in 2008 and 2009, and we raised most of the capital from existing investors. Current investors provided capital for about 80 percent of the fund and about 20 percent came from new investors. The process went relatively smoothly. Our existing investors all had the opportunity to participate. We tend to only add five to 10 new institutional LPs to every fund.

Once you raised the capital, what did you do with it?

We closed on our first acquisition pretty shortly after the fund’s first close. The fund’s first closing was in March 2008, and we closed our first investment in April 2008, which was a company called Flexera Software, a carve-out of the software business of Macrovision. It happened to be good timing for the acquisition, and it was about a typical size for us. We were working on it while we were fundraising. We made three investments in 2008, and we made a couple more in 2009. That period of time was the beginning of the financial crisis, and it was a tough period to navigate. Lehman Brothers collapsed in September of 2008. You had to have a fair bit of courage to make investments, and the ones we made ended up being pretty good.

First, it was hard to find assets, because there wasn’t much on the market. And second, there wasn’t much debt capital available, as those markets had frozen a little bit. The deals were few and far between. The ones in which we participated we financed with more equity than was typical for us. Things are very different today. It was a hard environment to feel comfortable putting capital to work. Nobody knew where the bottom was. You needed a fair bit of courage to do a deal back then.

Tell us about the exits from the fund that drove performance.

There were really two things that drove performance in the fund. First, the timing of the fund was fortunate. We were buying businesses when the market was going through the downturn, so asset prices were attractive. Today, however, we’re harvesting companies when the market has gone the other direction. So, the funds of that vintage did benefit from timing.

Second, starting with Fund IX, we were hitting our stride from a strategy perspective. Carl Thoma, one of the founders of Golder, Thoma & Co, was one of our founders. He really was one of the pioneers of the buy-and-build industry consolidation strategy, which we practice. Thoma Bravo improved aspects of that strategy in Fund VII and Fund VIII leading up to Fund IX. One improvement was a real industry focus around software. We got into the space in 2002, and it grew from maybe 30 percent in Fund VII to 50 percent in Fund VIII; Fund IX was the first fund where we focused on that sector. It became the focus sector because we had success with the buy-and-build strategy in the software space during the earlier funds, and our industry focus really benefited Fund IX.

In addition, a third factor benefited the strategy: adding a real operational approach. With operating partners on board and the parallel with getting into the software space, Thoma Bravo was able to hit its stride in Fund IX. We were buying great businesses in an attractive valuation environment, and we were able to make positive impacts from an operational perspective. Hopefully those strategic elements are continuing with Fund X and future funds.

Getting back to the financial crisis, at some point there was no bottom in sight – what made you move ahead?

It was nerve-racking with all that was happening. What we tried to do was focus on the fundamentals of the businesses we were buying. We tend to look for companies with high quality revenue and lots of recurring revenue that is relatively unassailable. We continued to look for businesses like that in 2008 and then in 2009. When we found those, we really tried to get aggressive in terms of acquiring.

We saw assets that were continuing to perform – perhaps not as well as they had, but they were continuing with positive performance even in the worst environment. We got courage by investing in businesses that we thought were relatively recession resistant, not recession proof, but resistant, and with high quality revenue streams. We found those qualities in Flexera and Manatron in 2008 and Entrust in mid-2009.  Those were all leaders with lots of customers, recurring revenue and mission-critical products. When we found those companies, we had enough courage to complete the transaction. It wasn’t easy…

Where is the firm today? Can you talk about the recent move into financial services?

The firm has definitely done some bigger deals recently, but our strategy has worked very well with larger transactions. It’s the same transaction type and strategy, but on a larger scale. Blue Coat Systems ($1.3 billion), Deltek Inc ($1.1 billion) and Digital Insight ($1 billion) out of Intuit have all been larger transactions, and they’ve worked very well. Digital Insight is still a software company – software for banks, such as online banking and bill pay – so it’s not much of a departure for us. It’s another vertical software company. It’s the same strategy but a new vertical given that the end customers are financial services.  (Digital Insight just sold for $1.7 billion in a deal expected to close in 2014.) We continue to look at mature, consolidating industries with recurring revenue that fit with Thoma Bravo’s buy-and-build strategy.

Did your average check go up with the size of your funds?

The average check – it’s increased from Fund VII to VIII and IX and increased in Fund X as well; that’s  kind of gone hand-in-hand with the software space maturing, and the assets we tracked 10 years ago are larger. We’ve grown as the sector has grown.