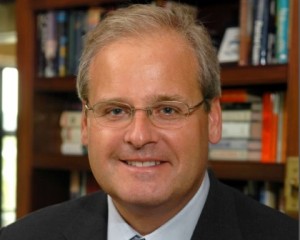 Was fundraising for Fund III easier or harder than you expected?

It was really difficult for us. We had some unrealized investments in Fund II and you’re raising a fund on the strength of your prior fund. Plus, it was following the dot-com boom and bust. People were skeptical about some of the portfolio companies in Fund II. People had reservations, which was understandable. Fund II ended up as a top fund for New York City as well.

We’ve had a history of investing in under-managed companies, so you can look at the financial performances in the reports of those companies and you can be skeptical. But when you’re doing operational improvements, it can take 24 months to show up in the financial performance of a company. Fund III’s fundraising took a long time. We were on the road for one or two years. We had multiple closings. Fund III raised $433 million. The previous fund was $315 million. Fund IV was $835 million.

What drove performance in the fund?

There were two investments that drove early returns, Amports and Wabash National Corp.

We made our investment in Amports in May 2006. The company manages inventories of automobiles, and tests, fixes, repairs and customizes those automobiles into and out of major ports. It has a lot of facilities on both coasts of the U.S. and Mexico for handling a massive amount of autos. We held the business for 14 months and it generated a return of 6.7x invested capital with a 514 percent IRR.

We were able to combine [Amports] with a couple of companies, including American Management Logistics. There were some synergies. Also, auto volume increased and people realized the business had a number of infrastructure-like characteristics. Buyers looked at it as an infrastructure transaction with lots of assets, holdings and different ports.

The other, Wabash, was an investment in August 2009 in a public company and the largest manufacturer of truck trailers in the U.S. The company was loss-making when we invested $35 million. We had analyzed the business and felt it would lose money for some time. [Management] needed capital until it would become profitable. We had a fair amount of familiarity with the industry since we had invested in it before.

We don’t think we’re capable of calling tops and bottoms, but we had first-hand experience with cycles. We felt the tide was out and it would come back in. The cyclicality of their business was exacerbated by the financial crisis. We invested into the business and it came back. We were able to fully realize our investment in two steps in less than 15 months. This company returned 6x invested capital with a 608 percent IRR.

How did the other companies in the fund perform?

Fund III had eight investments. Four of those have been full realizations, including Wabash, Amports, Excelsior Radio Networks and [fitness center chain] Alaska Club. That latter two had about a 1.5x return. We have four remaining portfolio investments, one of which has been recapitalized and returned half the invested capital. Another portfolio company is in the process of a recapitalization and dividend issuance later this month. The last two should be sold in another year or two.

How was Fund III so successful in light of the financial crisis?

Our investment strategy is value-oriented and opportunistic. Being true to that caused us to sell companies when pricing levels were elevated and it kept us from buying at the top of the market. It also helped position us very well for a downturn.

How did the fund contribute to the evolution of the firm?

It solidified our team, the same team we had in Fund IV. It confirmed and validated our value and opportunistic strategy and it underscored our successful sourcing model.  We have a good team. They’re very experienced investors, and we also have a number of very good operators that can run businesses. When companies have issues, we can assist management or we can operate them ourselves. That’s what we’ve been doing for 30 years.

We have nine people that source deals and offices in Los Angeles, Chicago and Atlanta, as well as our headquarters in New York. Many of our transactions are non-auction or failed auctions or on a direct basis. Our sourcing approach was also validated by the performance of the fund.