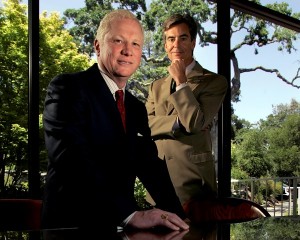 Garnett & Helfrich Capital LP, the vintage 2005 debut fund from Garnett & Helfrich Capital, rang up an IRR of 23.6 percent as of Dec. 31, 2013, well ahead  of the 10.9 percent top-quartile threshold for that year, according to an annual review of public pension fund data by Buyouts. Terry Garnett and David Helfrich co-founded the firm in 2004. Ten years on, with Helfrich retiring, Garnett and Rob Theis teamed up to launch Garnett Theis Capital with a $500 million fund target, Buyouts reported last October. Garnett recently spoke with Buyouts by phone about his 2005 fund. He declined to comment on any current fundraising efforts.

How did fundraising go for your debut fund?

I left Venrock and David Helfrich left ComVentures to form Garnett & Helfrich. We wound up raising a $350 million fund to do venture buyouts – small product carve-outs from bigger technology companies. Harvard University (via Harvard Management Co) was the lead LP with more than $100 million and the other three big anchors were University of Michigan, Stanford Management Company and HarbourVest. We had about 10 LPs in the fund, but those were the big ones.

How were able to draw such big-name LPs for a debut fund?

A number of them had been investors in Venrock. I had very good numbers at Venrock over an eight-year period. That helped get them comfortable. This was a new investing model, after the dot-com bubble came apart. Early stage venture was really tough. So I worked on a deal with Rob Theis while I was at Venrock. We did a small carve-out of a security product out of Network Associates called PGP. We bought a product line for a few million dollars and we put a management team together and we reinvigorated it and built up the technology. That was the poster child for the kind of deals we wanted to do at Garnett & Helfrich. The LPs saw that deal and how it came together at Venrock and saw that in this new environment, it seemed like that would be a new way to start a company – with an installed base from a product you’re pulling out of big company. It was a little different than a raw Series A startup.

Why didn’t Theis join you at the start of Garnett & Helfrich?

He had only just joined Dixon Doll at Doll Capital Management (DCM Ventures) about two years before. And they had raised a $475 million fund. He was one of the three partners that raised that. He really thought this would be a great thing, but he felt obliged to stay where he was.

Did you take more of a private equity playbook to tech rather than a venture capital path?

We pioneered a new approach. There were people doing more traditional tech buyouts, but ours was: ‘Let’s get this small asset and we’ll build a new company around it with a new management team and a new strategy and use an installed customer base to build something out for high growth.’

For a while, your fund was underperforming, but it is now one of the top performers from the vintage year. What deals drove performance?

One that’s a very good example: We partnered with Nortel Networks to spin out their Blade Server group. When we put the deal together, Nortel contributed the business and they got a 25 percent interest in the new company. We put in a significant amount of capital. I think it was $30 million for 60 percent, and we created a management pool for the balance.

We took it down a new tech path toward Ethernet switching … and built a new sales force. We were competing in the heart of the switching market with Cisco Systems and another company that appeared in the space, Arista Networks. We grew it from $30 million in revenue to $140 million in five years. And we were on the cusp of going public. IBM stepped in as one of our customers and ended up buying it.

Now I’m watching Arista worth $5 billion and going public and I’m thinking we may have cut Blade Server short. But it’s still an example of quadrupling our revenue in five years. It was sold to IBM at an IPO-like valuation. It was a very good price.

Any other deals from the fund that you’d like to mention?

Wyse. We grew that company dramatically in the thin client space and wound up selling it to Dell Inc for $1 billion. That was a huge outcome for us, just like Blade Server. We owned a large piece of these when we put (the deals) together. When it works, it has a significant impact on your performance. It pays the fund back. We didn’t have any co-investors in these deals.

How did the fund contribute to the evolution of the firm?

Back then, there were a lot of assets out there that fit this model very well. But the technology world is even bigger now than 10 years ago. There are a lot of macro reasons why we think this model will continue to be successful. You have activist investors that are pushing companies to be more nimble. You have Hewlett-Packard Co (considering splitting itself up) and eBay splitting off PayPal. When that occurs, there are opportunities to talk to those companies about spinning off assets and creating new companies. I had worked with Rob Theis on the PGP deal. We talked for a long time about working together. We’re very keen to move forward to do deals like this.

The years 2008 to 2010 were tough for all of us. I had to work on our portfolio during that time period. David was retiring and didn’t want to move forward with a new fund. It was important to take time to find another partner to do another fund. Rob and I will run Garnet Theis Capital as a successor fund to Garnett & Helfrich and deploy the same model for carve outs.

How many companies are left in the Fund I portfolio and when are you thinking about exiting?

There’s two: Actian, which is in the big data space, with $140 million in revenue, and a European company called MTI in the storage distribution business. That’s got $150 million in revenue. We have two sizeable companies and we’ll hopefully be moving toward an exit. We’re currently looking at our options. They’re two very good companies and they’re in good shape. This is a good time to realize gains since the stock market is up.

Our LPs have been patient and good to work with. They’ve been happy with the returns. They’re giving us help in the timing of the exits. But we hope to sell them in the next two to three years.

Garnett, co-founder and managing director of Garnett & Helfrich, said he’s hoping to sell the pair of companies in the next two or three years.

Actian operates in the big data space as a global software company born from a series of acquisitions including Relational Technology Inc, Ingres Corp,Versant, Pervasive, and ParAccel. The Redwood City, Calif.-based company is generating about $140 million in revenue, Garnett said.

London-based MTI Europe runs a storage distribution business, with about $150 million in revenue.

Garnett said the firm is currently weighing options for the two companies.

Limited partners in the $350 million, vintage 2005 Garnett & Helfrich fund “have been patient,” Garnett said. And they’re giving the firm help in the timing of the exits, he said. –By Steve Gelsi