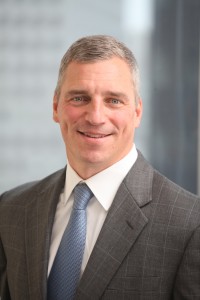 1 Bring us back to the origins of Arsenal Capital Partners II in 2006. It was a great time to raise money, but valuations were starting to rise so how did you decide to put the money to work?

We felt in 2006 and 2007 that in general markets were frothy and we tried to sell everything we could, ultimately selling six of our ten Fund I companies in 2006 and 2007. At the same time, we struggled to find good companies at decent values, completing our initial Fund II investment at the end of 2006 and making no new investments in 2007. The discipline to focus on valuations and risk and not invest during this period set us up well and has been a strong contributor to the success of Fund II. When the world started to correct at the end of 2007 and through 2008, we started investing capital, making five investments across the year in 2008. Some of those deals have worked out great, however, a couple struggled too.

2 To generate an IRR north of 20 percent, you must have had some good exits – tell us about some of your top picks from the fund?

Novolyte Technologies, a maker of battery materials that go into products such as iPhones and electric cars, was a great deal.  We bought it in October 2008 and sold it in April 2012 to BASF, generating over a 4x multiple on invested capital. To generate this return, we got a number of key things right.  We researched and mapped the global battery materials supply chain in 2006-07, then sought out various assets with our team and network. We found an interesting asset within Ferro Corp to carve out. The business had strong technology, however we felt we could position them for stronger growth, particularly in Asia. To do this, we formed a strategic supply joint venture with a Korean company named Foosung, creating a vertically-integrated company with a stronger technology portfolio.  With our China team, we built out a new plant in China, giving us both a high-quality product position and competitive costs. We then won significant multi-year supply contracts with companies that serve Mercedes, Porsche, BMW and others, locking in strong growth and profits that BASF and others found attractive.

Royal Holdings has been an extremely successful buy-and-build which we have scaled dramatically. This summer Royal acquired ADCO Global for $360 million and is implementing a merger of equals. The combined business is now a top 10 player in the $50 billion global sealants and adhesives industry. We expect Royal will be a highly attractive asset to a larger strategic buyer and be sold for many multiples of our original investment.

Focus and specialization.  We have a very strong focus on two sectors: specialty industrials and healthcare. As we have been doing for 13 years, we take an intensive research-driven approach to identify growth trends that aren’t obvious to everyone yet, and look for problems or issues that need to be solved. We then assemble assets around strategies and build companies into market leaders.

5 Private equity pros don’t usually like to point out any mistakes, but could you share any lessons learned over the years?

Everyone makes mistakes and we’ve made plenty over the years. We’ve made the most mistakes when we didn’t really deeply know a sub-sector. As we built out and strengthened our team over the years, we have constantly striven to go deeper in our sector expertise. This expertise combined with our collective experience working together has given us better judgment about what companies are the right fit for our model and what we can do with them to make them better companies.

6 We’ve heard complaints that M&A is slow partly because prices of target firms are too high. Are you still able to find deals?

Yes, elevated public market trading levels and general transaction multiples are a concern.  Top-performing companies, real market leaders, are trading for huge multiples.  However, due to the level of complexity in the environment and changes occurring in many industry sectors, we are seeing there is a deep pool of companies that can be bought for reasonable prices. In the last twelve months we have bought businesses valued from 5x to over 10x EBITDA multiples. We try to buy as well as we can and the entry valuation is important, however what is much more important is our view of what the value of the business “can be” given our strategy, the assets and capabilities we can deliver to the business, and our track record of execution. We focus intensively on situations where there are “multiple ways to win”, both upside and mitigating downside because everything you want to do will not succeed.  We underwrite both strategic and execution risk and strive for an attractive risk-adjusted return profile.