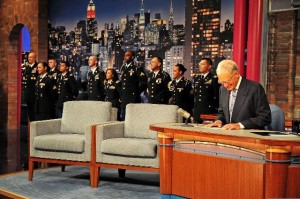 1. The dark cloud of the SEC. In March the SEC reported wide-spread bad behavior around how GPs treat fees and expenses. Everyone seems to be waiting for the next shoe to drop.

2. The precipitous drop in crude oil prices. It rattled the markets and caused LPs to re-think their strategies around energy-focused funds.

3. Money flowing back into venture funds. After a decade or so of muted interest from the investor community, 2014 was a break-out year for venture capital fundraising.

4. Hyper valuations. Sticking with the VC theme, we heard lots of of buzz about the sky-high valuations of hot startups like AirBnB and Uber.

5. Secondary prices. Buyers were paying top prices for stakes in PE funds, at times at or close to par. This is likely to continue through 2015.

6. One-and-done fundraisings. This trend, which started in 2013 and continued in 2014, is driven by LPs choosing to commit more money to fewer managers – only their very best performers.

7. Disconnect in Europe. How is it possible that prices can rise in Europe amid worsening economic fundamentals? Something’s gotta give.

8. Megas on mute. Despite loads of dry powder that GPs have socked away and an appetite from LPs for co-investment, there was a dearth of mega-deals this year.

9. Pressure to publicize LPAs. In the push for transparency, some would like to see sunlight thrown on limited partnership agreements. FWIW, we like this idea.

10. Dusty transition plans. Whatever happened to handing off the reins? None of the senior gentlemen at the head of top firms appear ready to retire anytime soon.