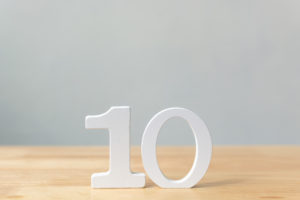 Tenex Capital Management is targeting $1 billion for its third fund, with a $1.1 billion hard-cap, focusing on making operational improvements to “under-optimized viable companies.”

According to a presentation delivered to Rhode Island State Treasury Wednesday, Tenex was founded by engineers and business operators and seeks to create what it calls the “Tenex Effect,” defined as “operational change that fundamentally operates the trajectory of a business, creating an inflection point in the company performance.”

The companies it acquires can be family-owned, private equity-owned or corporate carve-outs. Fund III will target 15 companies and look to invest between $25 million and $100 million per company, according to a memo from consultant Cliffwater. It targets companies with revenue of up to $300 million and enterprise values up to $250 million.

A Rhode Island staff memo said one of the merits of Tenex was its focus on “operational leverage” as opposed to “financial leverage,” and that its operational team plays an integral role in the firm’s operations, with each deal staffed with an operations and an investment team member.

However, staff also pointed out that Tenex’s debut fund, a 2011 vintage, is currently returning below the median benchmark return. Staff ascribed this to “losses in companies with cyclical end markets,” which it has altered in its Fund II approach.

As of June 30, the two funds had a net internal rate of return of 13.3 percent, according to Cliffwater. According to information on the California State Teachers’ Retirement System, Fund II has an 11.32 percent IRR as of March 31, 2020.

Fund III has the industry-standard 2 percent management fee and 20 percent carry over an 8 percent hurdle, but the management fee goes down to 1.75 percent of invested capital at the end of its five-year investment period.

Tenex Capital Partners III has been on the market since early this year. New York State Teachers’ Retirement System invested $100 million in the fund in April, according to sister title Private Equity International. Other Fund III LPs include CalSTRS and New Mexico Educational Retirement Board.

Tenex is the successor to TenX Capital Partners, which was formed in 1999 by Michael Green but acquired by Cerberus Capital Management in 2003. Green took the firm independent again in 2010 and now runs it out of New York City.