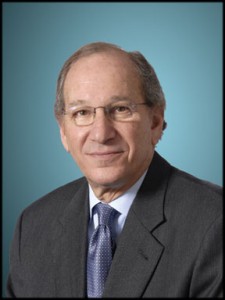 What’s a lender to do?

Most lenders today, particularly the non-bank institutions such as business development companies (BDCs), hedge funds and credit opportunity funds, thought this would be the best of times. They saw a dislocation in the middle market as banks exited the senior cash flow market for larger credits and CLO formation dwindled. They raised lots of cash, hired marketing people to peddle their wares and sat back waiting to benefit from their new found notoriety.

But the market, so far, doesn’t seem to be cooperating. According to S&Ps LCD, U.S. mid-market loan volume during the first quarter of 2012 shrunk to 41 percent of the comparable period in 2011, and data for the second quarter of 2012 is similarly discouraging with volume shrinking to 51 percent of last year’s comparable period. And, anecdotally, we continue to get calls from lenders eager for deal flow.

So wouldn’t you expect lenders to do what they learned in Economics 101 and decrease their rates to win business? As we’ve discussed previously, most funds aren’t able to do this for fear of endangering their own source of capital. BDCs that have less than an 8 percent dividend may wind up trading below their net asset value and risk being unable to raise additional capital. Hedge funds and credit opportunity funds also often promise their investors an 8 percent net return, so decreasing yields below where middle market credits are trading today is just not an option.

Well, how about increasing leverage then? Unfortunately that doesn’t seem to be a viable answer for most funds either. With total leverage for better credits approaching in excess of 5.0x EBITDA and equity as a percent of total capitalization decreasing to 35 percent or below, lenders just don’t want to take any more risk. After all, the people running these funds are “lenders” and there is just so much risk they are able to take before realizing that they are putting their careers on the line.

So how do you compete today against your fellow lenders? Terms.

Since yields can’t decline much further, if any, and, for the most part, leverage isn’t increasing for other than the most pristine deals, terms are now on the table and becoming increasingly more negotiable. For example, in order to win financings we’ve seen lenders significantly decrease and, in some cases, eliminate prepayment penalties. Amortization has also become negotiable with lenders reducing, or even eliminating, any need for mandatory payments. Equity cures, a provision nowhere to be found a few years ago, are also making their way back in to loan agreements. Provisions allowing distributions without lender consent once leverage levels decline to a pre-negotiated level are also becoming much more commonplace.

And, although covenant lite deals are still primarily the province of larger cap financings, we have seen more lenders willing to either give up the need for covenants or set them with such large cushions that they will only be triggered in an Armageddon scenario.

Private equity groups and entrepreneurs may want to sell or recap their portfolio companies before the expected tax increases materialize next year. As a result, M&A professions are predicting an onslaught of new deals that could, once again, turn the tables in favor of the lenders.  .  But, for the time being, don’t expect lenders to decrease yields or increase leverage. Terms, however, may be the thing to go after.