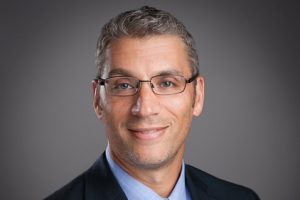 Texas Municipal Retirement System, just four years into launching its new PE program, has built itself into an LP of choice for the smaller side of the market.

Small managers are one of the more popular strategies large LPs are pursuing, with several big institutions like CalPERS and CalSTRS carving out separate allocations just to focus on this growing area.

Texas Municipal is unusual in that it launched its program with this strategy in mind. The system got access to relatively smaller funds and committed to first-time shops like Dunes Point Capital and LightBay Capital.

This despite the fact that the pension doesn’t have a formal emerging-managers program.

The system is an ideal LP size for such GPs: They are small enough to fit into a GP portfolio and big enough to make a meaningful commitment, according to Mike Elio, partner at StepStone Group, the system’s PE consultant. “It made Texas Municipal the next level LP for these managers,” Elio said.

With an annual pacing target of $400 million to $450 million, Texas Municipal writes around 10 checks a year with commitments of $40 million to $50 million.

“The Texas Municipal team knew in advance what they wanted to accomplish, were proactive and deliberately sought funds and strategies that fit their portfolio,” Mark Christopher, managing director in investor relations at Carlyle Group, said.

“The goal was simple; we had to turn PE into the highest return generator for the fund,” Schelling said. “But we didn’t want to go too big too fast.”

Texas Municipal chose to be measured, deploying a third of the net asset value of the PE portfolio in any one year, he said.

Most important, the strategy had to avoid taking big, early losses from paying out fees to funds before distributions started coming in, known as the J-curve period. “It could have unintended consequences with the board being uncomfortable with the drawdown,” Schelling said.

While the system developed the PE strategy, a balance had to be struck between the number of funds required to diversify and how many could be managed given the pension system’s process and team size, he said.

“When we looked top-down in terms of our resource constraint and bottom-up from where we wanted to be, we hit a middle of an average ticket size of $50 million,” Schelling said.

From a risk perspective, the pension system is not allowed to be more than 25 percent in any one fund, so the pool would have to exceed $200 million for Texas Municipal to cut a meaningful check size, he said.

Schelling and PE analyst Peter Teneriello met more than 800 managers since 2015. The team is not afraid to walk away and re-ups are not a guarantee, Elio said.

In addition the personality and attitude assessment Texas Municipal administers to all its GPs helped the system build relationships with its managers, Elio said.

“They are thorough in their diligence, responsive in their process and follow through on the timeline they set,” Carlyle’s Christopher said.

That made them a partner of choice for Carlyle, he said.

“We are working hard to stay small,” Schelling said.

The pension system had about 25 core relationships spread over 35 funds in its PE portfolio and hoped to add another 15 managers in the next few years, Schelling said.

Texas Municipal wants to make five or six re-ups and commit to three or four new relationships in 2019, Schelling said.

Almost half of these could be European as the system tries to increase its geographical diversification, he said. The system intends to build a portfolio across developed Europe, Schelling said.

“We will be looking at committing to country or regional-specific funds, a few more growth and value-oriented ones, too,” Schelling said.

Texas Municipal may not be able to make co-investments in 2019 or even 2020, Schelling said.

That’s because the pension system’s board makes all the decisions on policy, allocation and manager selection. While staff suggested some governance changes to help implement co-investments, those changes were unlikely to take place in the short-term, he said.

“But we are researching structuring something with an external counterparty that has the governance and resources to transact co-investments for us on a discretionary basis,” Schelling said.

The pension system did not yet have a firm viewpoint on the providers, but these could be investment advisers, consultants or funds of funds, Schelling said.

Given its governance and staff constraints, Texas Municipal is reviewing bespoke strategies that will help it retain control and build its co-investment portfolio, StepStone’s Elio said.

The four-year journey of building the PE portfolio involved some tweaks but no major surprises, Schelling said.

“A modest surprise was that the cycle has continued as long as it has and hasn’t cracked yet,” Schelling said.

Significant market contraction and recession was a concern, but such an environment could be favorable for funds coming to market in 2019, he said.

“The recession could be right in the heart of their deployment and will help them get better bargains,” Schelling said.

But the recession could create problems for GPs working to grow value in existing portfolio companies and distribute proceeds to investors, he said.

Still, “it is important to stay disciplined with your pacing,” Schelling said.