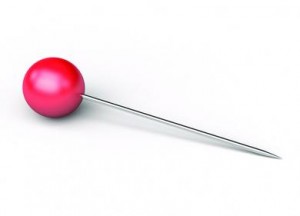 Following years of exuberance in European residential and commercial real estate the bubble is finally deflating with a high-pitched squeal in many segments and in a growing number of geographies across the region.

So does it naturally mean that declining asset prices for real estate will make next year a vintage to remember?

“Next year, private equity real estate in Europe will be same as in the US – both regions will have a difficult year – while Asia will have to prove if there are interesting investment opportunities,” says Benjamin Baumann, VP real estate investment, Strategic Capital Management in Zurich.

“In general, looking at history, the best vintage years often prove to be the ones after larger drawbacks, where certain market dislocations take place. For example, in recent times many investors lost good performing vintage years in private equity real estate (2002, 2003 and 2004) as they were a bit concerned after the tech bubble burst. However, if you want to make your money through leverage and cap-rate compression then you will encounter some difficulties for about the three-to-five years,” he explains.

“As a vintage, I certainly don’t think 2006 will be a stellar vintage. However, I think we’ll look back at 2009 and 2010 as great vintage years,” says Marc Mogull, managing partner, Benson Elliot Capital Management.

Just when funds were deployed is going to be a considerable reputation influencer for many fund managers that have bought at the top of the market.

“For funds raised in 2006, they could prove to be part of a bad year if they were deployed at the top of the market. If funds were deployed at the start of 2007 that was not the best timing,” says Baumann. “The better performing funds are likely to be those that were closed towards the end of 2007 and even better for those funds with lower deployment levels shortly after.”

How can so-called specialist investors get it so wrong in not being able to call the peak of the market?

The tipping point into the so-called distressed market happened quickly and unexpectedly in Europe earlier this year.

“It’s fair to say in a very short period of time over the summer that the private equity real estate business fundamentally shifted into a ‘distressed’ mindset,” says Mogull. That mindset is likely to offer distressed opportunities for the next two years, he adds.

“I’m not sure there is any appetite for growth stories and there is a general sense that we are in the midst of a re-pricing of real estate assets across the board,” he says.

Other players in Europe think that certain markets are beyond ‘distressed’. “Particularly in the UK and Spain, distressed is too polite a word – the markets are in a dreadful state,” says Richard Croft, CEO of GPT Halverton in London. “But distress is going to be the name of the game in European real estate.”

For 2009 and 2010 to be vintage years there has to be willingness on behalf of the vendors to accept their assets are worth a whole lot less than many of them expect. So, it may be some months before vendor expectation meets reality.

“The first step is denial, then bargaining, then anger. I think vendors are somewhere between bargaining and anger,” says Ric Lewis, CEO of Curzon Global Partners in London.

With very large funds poised to snap up distressed real estate assets over the next few years the lack of debt is one key factor that will help the market avoid over-heating, but could too much capital chasing too few deals mean lots of undeployed funds?

“It is more likely that people will buy assets at the wrong price,” says Lewis. “Those that do will suffer from the ‘mirage effect’, meaning that if they squint hard enough it looks good.”

Experience does count and will continue to count in private equity real estate in Europe.

“The guys who have lived through the cycles knew that we were on thin ice. I’m impressed about how people are dealing with the current situation. Perhaps because financial problems are so widespread it’s less shameful to admit your sector is affected,” says Mogull.

However, during this economic downturn, there is the expectation that private equity funds won’t be challenged by those other alternative investors.

“One group not spending an enormous amount of time in this space is the hedge fund community, because of their own troubles with investments made in 2006 and 2007,” says Mogull.