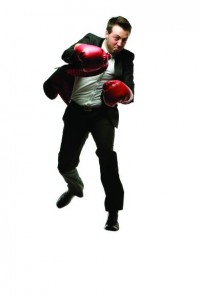 Bridgepoint’s purchase in May of a small portion of the debt used for its Fat Face deal was just one in a series of debt buy-backs by private equity houses. The firm bought about £10m of debt, which was being discounted by 60% to 65% of its face value.

Meanwhile, the debt arrangers behind the LBO have sold a major slice of the debt, now that there is more liquidity in the market. But this new liquidity is mainly due to the emergence of new debt investment funds raised by US private equity players.

This raises the possibility that funds linked to buyout houses could be set to acquire significant chunks of debt linked to those same buyout houses. For example, one of the debt investors rumoured to be interested in buying up some of the Alliance Boots debt has been Finance, which is linked to the equity sponsor of the original deal.

Buying back discounted debt in one’s own deals can make financial sense for buyout houses or their affiliates, as most leveraged loans have been trading at about 90 cents in the dollar and a significant minority below 80 cents. Such discounts mean that private equity houses can make returns of 20% or more from buying debt on their own transactions, as well as securing the debt.

That seemed to be part of the motivation for the purchase, with the buyout house attributing Fat Face’s discount to wider fears about consumer spending, rather than worries to do with itself. The buyout house simply decided to take advantage of what it regarded as an irrational price.

While Bridgepoint’s purchase of such a small slice of the debt probably does not raise significant conflicts of interest, the (LMA) has issued guidelines to try and deal with some of the thorny issues on debt buy-back. The LMA, which seeks to encourage liquidity and efficiency in the loan markets, acknowledged that there had been a debate about borrowers buying back their debt at a discount.

Its statement said: “This is a new phenomenon in the syndicated loan market, prompted by lenders offering loans at significant discounts in the secondary market for liquidity rather than credit reasons, and therefore has not previously been contemplated in loan documentation.”

The LMA said it saw the decision to permit debt buy-back or not on a particular transaction as primarily a commercial one, to be agreed between the borrower and lenders. But if debt buy-back is permitted it should be done in such a way that the lenders are treated equally by the borrower, said the LMA.

The association is to amend its primary facility agreements to provide options for the borrower and lenders to negotiate on debt buy-back. These will cover the process by which the borrower approaches the syndicate to buy back debt, the cash the borrower uses and voting rights if the buy-back does not result in the debt being redeemed.

Mike Goetz, a partner at law firm Freshfields, says that there are many ways in which debt buy-back can be done and, if done in an appropriate way, it can provide value to different parties. He plays down the conflict of interest concerns. He says there is always a potential conflict of interest when the same entity owns different parts of the capital structure but that this has occurred for a long time, such as in situations where lenders take stakes in the companies they lend to, or investors such as hedge funds that invest in different strips of the capital.

“I’ve always been of the view that, given the current economic drivers for debt buy-backs, it’s highly unlikely that the purchaser will buy back a large enough chunk of the debt to have a blocking position,” says Goetz.

Andrew Barker, a partner at law firm Jones Day, says that in the US, while debt buy-backs are done on a deal-by-deal basis through negotiation, a common approach is for the buyout house acquiring the debt of one of its portfolio companies to have only restricted voting rights. “That aims to prevent a distortion of the other lenders’ rights,” says Barker.

He adds that an interesting aspect to the debate is that for the past few years lenders have been including looser wording in the transfer provisions in loan documentation, so as to make it easier to syndicate or securitise the loan. But today, he says, the opposite is taking place, with lenders focusing on restricting borrowers from transferring to affiliates. “All the issues around debt buy-back will feed through into loan documentation going forward,” says Barker.