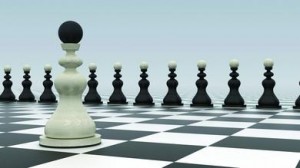 By anyone’s standards, the (BVCA) had a torrid 2007 – it was caught completely wrong-footed by the sheer force of media and political scrutiny, and lost its CEO in the process. The organisation has readjusted and now appears determined to be more proactive in its approach and to this end has published the ‘Economic Impact of Private Equity’ report.

It shows the influence the industry has had on innovation: in the five years to 2006/7, research and development expenditure in private equity-backed companies has increased by 14% per annum – 13% higher than the national growth rate – and corporate investment rose by 11% per annum, compared with 3% per annum nationally.

It shows the effect private equity has had on jobs: the number of people employed worldwide in UK companies that have been backed by private equity increased by an average of 8% per annum in the five years to 2006/7.

It makes an effort to display that private equity is not about tax-dodging, highlighting that private equity-backed companies contributed nearly £35bn in taxes – enough to pay the salary of every nurse and police officer in the UK.

New CEO Simon Walker launched the report at the Corporation of London and revealed the start of another research programme which will look at the impact of private equity on the social and environmental sectors, the long-term stock price performance of floated companies in the UK that were previously owned by LBO funds, and the performance and wider economic impact of companies in large buyout deals.

Such research efforts were urged by Sir David Walker in last year’s transparency guidelines, and this is the BVCA’s response. Research can only get you so far however. In the battle for hearts and minds, cold, hard facts are not substitute for emotion. While the BVCA can fall back on these figures when questioned about the latest round of lay-offs of a private equity-backed firm, they will generally find it hard to rack up as many column inches as people like Paul Kenny of the GMB, who is capable of coming out with statements such as this: “Asset strippers… pretending to be interested in building up the UK economy, are taking the taxpayer for a ride, while destroying jobs and leaving in their wake thousands of workers… dependent on the state.” It’s been mentioned that, in person, Kenny is actually quite reasonable and understanding – private equity professionals who have met him will attest to the fact – but in front of a microphone, he is capable of statements that bear little relation to facts and everything to do with emotion and hyperbole, because he knows what the media want to hear.

Ultimately there is little private equity can do about this – the only hope is that the mainstream press will become more likely to speak to industry figures and the BVCA, which can in turn refute the more outrageous allegations with facts. They won’t grab the headlines, but they will at least defuse situations and perhaps create an environment in which the press is less hostile in its attitude.

Power in numbers also can’t hurt. Following the separation of the BVCA’s buyouts committee into Global and Mid-market, Carlyle’s Robert Easton, chair of the Global group, was quoted in The Times as saying: “The aim is to get a co-ordinated message out, to sing from a common hymn sheet.” The lyrics presumably don’t include anything about office cleaners and how much tax they pay and it is probably wishful thinking on behalf of the private equity industry that no one is ever going take on the “enemy within” mantle, but restricting the amount of scope critics can attack the industry for can only be a good thing – witness Treasury Select Committee chairman John McFall’s comments back in June: “It seems that you are fighting like ferrets in a sack. When is the private equity industry going to get its act together?”

It has made an important step with the announcement that over 20 firms have already signed up to the BVCA’s monitoring group, the body charged with ensuring the Walker Code is adhered to. Chaired by Sir Mike Rake, chairman of BT, the board has also appointed Alan Thomson, former group finance director of Smiths Group, and Jeannie Drake, retiring deputy general secretary of the CWU (the Communication Workers Union) as independent members of the group, which is to hold its inaugural meeting in March 2008. Carlyle’s Easton and David Blitzer, senior managing director at Blackstone, will represent the private equity industry.

At the very least it is important to be seen to be making the effort – PR is as much about image as it is about substance – but of course depth is required, and depth will be provided by the BVCA and the monitoring group doing what it has set out to do, namely keep the industry in check with Walker’s guidelines.