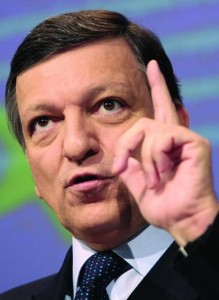 In a bid to answer European socialists’ deafening calls for reform on hedge funds and private equity, the EU Commission has decided to hold an open hearing on February 26 and 27 in Brussels.

The hearing will review national regulation/industry codes for private equity and will attempt to identify any gaps that need to be addressed by EU legislation.

The hearing will include representatives of the hedge fund and private equity industries, investors, members of the regulatory community and the European Venture Capital Association (EVCA), who will all discuss emerging policy issues in these sectors.

Focusing mainly on financial stability, transparency and investor protection, the conclusions of the open hearing will be added to the European Commission’s review of the adequacy and supervisory and regulatory arrangements for all financial markets.

The initiative, which must be completed by mid-March, has already attracted criticism from the private equity community, with many, including the EVCA, concerned about the effects that suffocating regulation would have on the economy. Although many are unhappy about talk of tighter regulation, no one is surprised that the hearing is taking place.

In September, two reports drafted by Party of European Socialists president Poul Nyrup Rasmussen and Klaus-Heiner Lehne, a centre-right MEP from Germany, called for the establishment of a single European overseeing body for financial services, for greater transparency from the funds, for changes to tax regimes to limit the deductibility of interest payments and for limits to the amount of leverage that private equity funds could apply to deals.

Since then, three socialists – Rasmussen, Martin Schulz and Pervenche Beres – have written an open letter to the president of the EU Commission Jose Manuel Barroso, criticising him for his inaction on the issue of regulating private equity. In an attempt to appease the socialists, Barroso recently revealed that new regulation will be required. He has said that no financial player will be exempt from regulation and oversight and that means that hedge funds and private equity will also be included. He has stated that the purpose of the consultation is not to decide whether or not appropriate regulatory initiatives will be taken. It is to decide on the content.

Although Barroso is trying to placate the socialists, the pan-European regulation the left-wingers are looking for could become a very complicated task. Simon Walker, CEO of the BVCA, says: “It would be a mammoth, almost impossible task to introduce a coordinated approach which targeted the private equity industry exclusively.”

Little has been disclosed about what measures could be taken if the hearing goes the socialists’ way, but the more optimistic private equity players are hoping for a form of self-regulation similar to what was imposed by the Walker Guidelines.

According to Walker, in order to prevent private equity being regulated out of existence, the industry needs to “demonstrate that it has a self-regulatory regime fit for purpose.” He hopes that by demonstrating the effectiveness of self-regulation the industry will be able to avoid pan-European regulation.

The EVCA has emphasised the advantages of the private equity industry and the impact tight regulation would have on an already flagging European economy. Answering the attacks on private equity that say the industry increases unemployment, the EVCA recently published a report that stated that private equity ownership actually improves workers’ conditions.

But it’s not only the EVCA that is reluctant to see harsh regulations imposed on the private equity industry. EU Internal Market Commissioner, Charlie McCreevy, has spent many months digging his heels in against heavy regulation for the industry and has so far been successful.

He most recently voiced his hesitancy to tighten the regulation on private equity. Speaking at an international conference in Brussels at the end of January, McCreevy made it clear that while an ongoing consultation on hedge fund initiatives will result in “appropriate regulatory initiatives,” he remained vague about the kind of regulation that would be adopted for private equity.

For those who are entrenched in the private equity industry their preference is clear. The EVCA and the private equity community are not averse to regulation but are concerned that pan-European regulation would have further detrimental effects on the European economy. Secretary General of the EVCA, Javier Echarri, is confident about the hearing and says: “The best we can hope for is a reasoned discussion where the facts about private equity and its practices are analysed and debated on their own merits. The case for encouraging a private equity industry that is able to play an important role in re-energising Europe’s economies is very strong.”