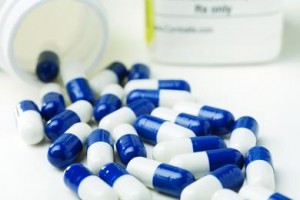 Not so long ago, recapitalisations were described as the cocaine of private equity by Carlyle’s David Rubenstein. In the feverish atmosphere of the credit boom, recaps were the industry’s favourite and easiest way to get a cash fix, so much so that at one point there were as many recapitalisations and refinancings in the market as primary financings.

Private equity is now going of going cold turkey. After a binge that last for around three years, when the credit suppliers stopped the flow of cheap debt over 12 months ago, recaps and refins were consigned to the scrap-heap, used by those that had no choice.

Jonathan Trower, managing director at Close Brothers Corporate Finance, says: “There were a huge amount that took place 15 to 18 months ago, but that’s long gone. If you want to refinance yourself today, you aren’t going to do it on terms that are anything like you could get back then.”

There are now few compelling reasons to attempt a refinancing. If the company’s debt is of 2006/07 vintage, which is more than likely, amortisation will be practically zero. Terms, so generous back then, are now so severe it makes little business sense unless your hand is forced, which is what many companies in the current climate of economic strife are finding. Businesses are running out of headroom and veering dangerously close to breaking their banking covenants, leaving them with little alternative but to go back to the hostile terrain of the credit market.

In the US, and to a lesser degree in Europe, one trend for struggling companies is to refinance using asset-based loans, a more forgiving instrument than the traditional cash-based loan.

Trower explains: “Cash lenders look at EBITDA, EBITDA multiples, cash flow ratios. In times of economic difficulty, multiples can go from tolerable to intolerable very quickly, which, in the case of a refinancing, makes it an unattractive proposition for a cash lender. The asset-based lender, while of course still interested in the operation of the company, is more accepting of the fact that companies have their ups and downs in times, and can afford to be because ultimately they have control of the asset.”

Evidence that such a trend is taking place in Europe is thin on the ground, although anecdotal evidence suggests it is at least being considered as a possibility by companies under strain. European corporate financiers are certainly seeing evidence this, as they see more waiver requests as headroom shrinks, and more companies looking for an equity cure.

The headline example here is Gala Coral, the UK gaming group acquired by Candover, Cinven and Permira in 2005. The company, hit by failing profits in the wake of a tax increase and the smoking ban, received a £125m equity cure from its sponsors in exchange for a debt amendment package. The deal will see £82m of senior debt paid off and £42m placed on the balance sheet for additional covenant headroom.

A benchmark deal, it attracted a lot of publicity, but equity cure’s aren’t only the reserve of the top dogs – a number of similar structures have been arranged in the mid-market, but more discreetly, and often away from the prying eyes of the press, but the message is the same, and is one based on relationships and confidence.

Companies and sponsors that banks have a history of working with, and those companies that are continuing to perform well, will be able to refinance. “Good businesses are still able to get through the exercise,” says David Silver, managing director at Baird. “These business have continued to perform well, profits have grown, and maybe the EBITDA multiple is low and therefore they have room to refinance.”

The message from Silver is that the banks are still open for business, but they are much more conservative than they were 18 months ago. Whereas pre-crunch a company with a 4x debt multiple could go and refinance to 6x to enable its shareholders to get some money out, today that’s not going to happen. Refinancing now is less about making money for sponsors, and more about stopping a company breaking covenant.