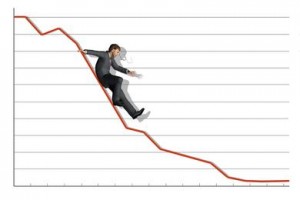 It is generally taken as a given that private equity returns are going to fall in coming years and that the funds being raised now will be unable to match the performance of their predecessors. GPs have accepted this and adjusted their models accordingly, but have the LPs? With so many new investors eager to part with their cash so they can get their hands on a piece of the private equity pie, there is a risk that many do not understand where private equity is going.

Just because fund sizes are reaching such epic proportions does not mean the end of high returns, but the increase in competition between funds and the continued generosity of the debt world has pushed prices up, so high in fact that firms are paying over the odds for companies deliberately, settling for mediocre returns. KKR is the biggest name this accusation can be levelled at: according to one source the US giant was too generous in paying France Telecom €3.3bn for French directories business PagesJaunes. According to the source, the deal will likely yield a net return of about 18%, significantly under the 24% to 25% private equity traditionally aims for. Such a move by KKR raises two uncomfortable issues: either the GPs messed up in their due diligence and overestimated the strength of the company, or they were prepared to accept a lower return.

Why a firm would be happy to deliver lower IRRs on a fund is largely based on money, specifically the fact that they just have too much of it. European private equity is experiencing its best period in its history, so much so that it can now no longer really be regarded as an alternative asset class. It is not a minority sport anymore. Its success has attracted more money from a far wider range of sources than it ever has done. This has put pressure on GPs to get their money out of the door.

“In private equity everything takes quite a bit of time to come through,” says Sam Robinson, director at SVG Advisers, the fund advisory business of SVG Capital. “We have been living through a bear market over the last few years so I think every fund raised now has lower returns built into their base models. Compared to what it has been like recently then of course returns are going to fall slightly, but if you go further back then they will still remain historically quite high.”

André P. Jaeggi, managing director at Swiss fund-of-funds Adveq, says that in the current climate, selling is easy, meaning returns can be very high, leading to high expectations. “The issue for us is that the number of exits is not really increasing. You see recapitalisations, secondaries and IPOs and that sort of stuff but the fund will still be having a stake in the business and can do so for quite a while.”

This leaves future returns looking less rosy. While LPs accept that a firm cannot always make a complete exit every time, the increase in partial exits, especially through recapitalisations, is not something an LP wants to see. The growth of recaps – driven by the easy access to debt – is concerning to LPs because of the pressure such equity withdrawals place on the business in question. The rating agencies have published numerous reports on this risk, and most recently Moody’s stated that default risk increases after a company is acquired by a private equity fund because of the amount of debt the firm puts on it. This sort of talk often drifts into scaremongering – private equity-backed businesses are not renowned for defaulting, and it’s not the amount of debt a company has that is the issue anyway, it’s the debt service cover ratio – but it is a legitimate concern by investors who are seeing their portfolio full of funds with recaps.

In a very real sense a dipping of returns is a sign of the maturity of the industry. Private equity-backed buyouts in Europe only came of age over the last five years and firms were able to exploit inefficiencies and an overheated debt market to sustain high multiples. The European private equity market is now over the first flush of youth. It is an industry that raised €72bn last year. Stellar returns will still be seen, but the point is they will be fewer and further between, and it is important for the industry that not only do the funds realise this – especially the larger ones – but also the investors. Everyone is still confident that private equity will continue to out-perform the public markets, but a number of the big guns are already planning for a future drop-off.

Blackstone and Carlyle are leading the way in this regard. Once just meagre private equity firms raising multi-billion dollar funds, they are now full-on asset managers with a range of products available for investors. Aside from PE, Blackstone has fingers in all sorts of different pies: real estate, corporate debt, fund-of-hedge-funds, a distressed debt group, a long and short equity investment group, an Indian and an Asian fund both focused on equity securities, not to mention its corporate and recovery advisory services. Carlyle has CDOs, venture funds, real estate funds; Bain Capital has a fund investing in the fixed income, equity, commodity and currency markets, another investing in public equity and one in high-yield; Texas Pacific complements its PE and VC activities with public equity and debt investing. Why, when a firm is making so much money from private equity, does it feel the need to expand into other areas? Blackstone now looks more like an investment bank than a private equity firm, and perhaps that is the idea. There is money to be made and a brand to leverage off, and this is why they are doing it. What is clear though is that more firms will be following a similar path. Of course it’s a route only open to the big boys, as shown by CVC, the UK powerhouse, becoming the first British firm to branch into other areas with its low-key launch of its CDO Cordatus, headed by the former head of European leverage finance Deutsche Bank David Wood.

CVC has clearly made an effort to ensure Cordatus’ independence from the rest of the firm, with its own investment committee and even located in a different building. The service it will offer is in direct competition with lending banks, although the CDO will be tailored towards investing in private equity-backed LBOs, including CVCs. How other private equity firms will react to a rival buying its debt is an interesting prospect, but CVC will hope its Chinese walls will be enough to reassure people.

The move to diversification is unquestionably a sensible one from a purely business sense. You can’t grow a private equity business indefinitely so firms add other strings to their bow, bringing a diversification to both the LP and the partners. Debt and private equity tend to be anti-cyclical, so it is perfectly logical for a firm to set up funds that specialise in both so that when one side of the market is depressed, the other can pick up the slack. It’s a natural hedge for the GPs especially as they have their own money wrapped up in the funds.

But there are obvious problems with such an approach. LPs regard it as a natural evolution of the market for the larger firms but have expressed concerns over management teams taking their eye off the ball. “It’s definitely something we take note of,” says Erik Kaas, head of the markets department at Swiss fund-of-funds Partners Group, “and we see it as a natural course of diversification. The big firms have more people now and so have more ability to launch into other areas, but we always have to be sure they have enough focus on their core business.”

SVG’s Sam Robinson takes the argument on: “You don’t want your key people distracted from the management of the private equity fund, and we also like to be able to shop around for the best manager, which is something you aren’t able to do with a lot of these funds. If on the other hand the funds have separate teams, then what do you get from them, for example, being a Carlyle fund?”

Branding has been and continues to be a massive factor in the buyouts world. Some LPs will invest in a Carlyle fund or a Blackstone fund just on the strength of the name, the reputation. It makes it an easier sell for pension fund managers if they can produce names the board of trustees is going to recognise, and it is precisely this reason that makes it easy for the upper echelon of firms to expand into other asset classes without their LPs raising too many eyebrows.

A strategy to maintain high levels of returns is indicative of a recognition by certain private equity firms that the good times cannot last forever. In such a saturated market it has been suggested that firms will need to develop new strategies to make money as the old ways may not be as successful in future, and it is vital both investors and GPs understand and recognise this – this is a factor in this year’s craze to list funds on the public markets. It is regarded as inevitable that the next four years will not be as good as the previous four, but as long as firms can keep producing returns higher than other asset classes and perhaps making up the difference by exploring other investment opportunities, it will continue to satisfy the LPs’ criteria.