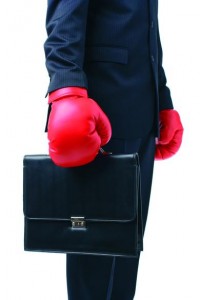 First mooted in November 2006, the plan to buy Clear Channel was in keeping with the ebullient private equity mood. Bain and THL offered US$26.7bn for Clear Channel, valuing the company’s shares at US$37.60, marginally above their price at the time, but well below the US$90-plus that they had reached in 2000.

More than 16 months later, Clear Channel’s share price has dipped to US$28.50, the credit markets have frozen and the most almighty row has broken out between the target and the sponsors (on one hand) and the banks (on the other). On 26 March this year, Bain Capital and THL sued the banks (Citigroup, Morgan Stanley, Credit Suisse, Royal Bank of Scotland, Deutsche Bank and Wachovia), claiming that they had illegally changed the terms of the deal, wanting to replace a long-term financing package of at least six years with a short-term, three-year bridging facility.

“It seems clear that lenders’ remorse set in when credit markets worsened,” the firms argued in a statement. “Now they are trying to walk away from their commitment letter which clearly states that they bear all the risk that conditions in the debt market might change.”

At the same time, Clear Channel launched a suit of its own against the lenders in Texas, saying that the banks “have made clear that they are determined, by any means possible, to destroy the merger and thus avoid their obligations to fund, as they are required legally to do.” The Texas suit accuses the banks of ‘tortitous interference’ in the contract.

We are now poised for one of the juiciest and most gripping legal contests since OJ Simpson, with the banking, private equity, media and legal professions all eagerly taking their seats, everyone well aware that the outcome could influence business transactions for years to come.

There are several merely financial issues to resolve. If, as seems likely, the transaction fails to go ahead, a reverse break-up fee of up to US$600m would potentially be due to whichever party was deemed to have broken off negotiations. Nobody is keen to bear this penalty, but there are bigger issues at play. Since the Clear Channel share price has dropped since the deal was agreed, there would an immediate loss of around US$3bn on the US$22bn in financing that the banks had agreed. They are naturally unenthusiastic about assuming this loss.

Yet now that the whole situation has unravelled, the banks may find themselves on the end of far higher payments in damages. As Clear Channel’s chief executive Mark Mays points out, failure to complete the deal “could result in immeasurable damages,” exceeding the buyout price. The company has hired the infamous tort lawyer Joe Jamail, who represented Pennzoil in a historic legal victory over Texaco in 1985, forcing the company to pay US$11bn for ‘tortiously interfering’ with the company’s plan to buy Getty Oil. Known as ‘Jumpin’ Joe’, he earned more than US$300m from that case and the Clear Channel legal team has already persuaded a Texas judge to grant a ‘restraining order’, allegedly paying a visit to the judge’s home one evening. Judge John Gabriel “found in favor of Clear Channel’s claim that irreparable harm would result if the Banks were not immediately enjoined from tortiously interfering with the Merger Agreement,” according to Clear Channel.

While this action certainly adds to the pressure on the banks, and is a useful negotiating tool for Clear Channel and the private equity boys in New York, it still doesn’t mean that the banks are about to pony up the funds. What has caused many commentators to scratch their heads is the various motivations of the parties. With advertising revenues slipping away from radio stations, Clear Channel is perhaps a declining asset (despite robust figures from its outdoor advertising arm). You might have thought that Bain Capital and THL were the more likely players to withdraw from the deal as credit markets tightened. Some have suggested that their stance is actually a means of deflecting blame for the stalled agreement onto the banks and thus avoiding the reverse break-up fee.

The two sponsors vigorously deny this allegation. “We have invested 18 months of time and effort to own Clear Channel,” they said in a joint statement. “We want to do this deal. We are ready to close, have funded the equity portion of the purchase consideration, maintain our enthusiasm for the investment and are fully prepared to fulfil our contractual obligations to complete the deal.”

The future prospects of Clear Channel are an interesting issue in this wrangle. Bain Capital and THL are claiming for loss of profit from the banks, among other things. As Nick North, managing director of GfK Media in the UK comments, radio is “not a disaster area. It’s now seen as a partner for online media. People listen to radio at the same time as they go online, it plays a useful role.” North argues that, while private equity is currently drawn to digital media, radio is performing reasonably well. “It’s a problem of comparison with other media,” he says.

Legal experts are now staring into the tea leaves in their Wall Street cafes as they try to divine which way these cases will go, and the consequent direction of relations between funding banks, private equity sponsors and targets. There are, say insiders, three possible outcomes.

The banks are vindicated. The banks may argue that they have a right to seek changes to their contract since conditions have altered radically over the past 18 months. Or else they may successfully argue that their debt agreements with Bain Capital and THL include clauses exempting them from consequential, special or punitive damages, and that under New York law they are not subject to ‘specific performance’ terms.

Specific performance is a kind of damages remedy that the courts may impose, because the banks are required to specifically perform their obligations under the debt commitment letter. However, since there is a means of measuring monetary damages to compensate the private equity firms (up to US$600m reverse break-up fee), the courts may settle on this as an appropriate penalty. The banks can also argue that the lending was based on the execution of a final document, which has not taken place.

The banks have already moved in the New York courts to have the entire suit thrown out. “Unlike the sponsors, we have consistently negotiated the open items in good faith and in fact were still doing so when without warning the sponsors took the unproductive step of asking a court to intercede in our discussions,” they said on Monday 31 March. Bain Capital and THL replied that this was a ‘preposterous’ defence, and was part of a general attempt to ‘run down the clock’ until the deal can be declared void, which will be on 12 June this year.

The banks argue that there were still terms and conditions of the contract that remained to be negotiated, so they should not be blamed for holding fire on the deal, and that New York courts do not generally force banks to go through with loans.

One UK lawyer familiar with the situation, a partner of investment banking at a major city firm, suspects that the banks are in a relatively strong position. “A year ago banks were falling over themselves to sign deals on soft terms,” he says. “In this case, it may be that the banks were waiting for up to date forecasts ort had trouble getting a syndicate together [to assume the debt]. If they couldn’t securitise it, they may have been concerned that they would have to take on too much debt or become an equity holder.”

He believes that as a united grouping, the banks should be able to see off the legal challenge from Bain and THL, or at least minimise their exposure to the US$600m break-up fee. What is unusual in this case is that the target company has entered the legal arena. The banks are likely to argue that the suit launched in Texas is without merit, since their contract was with the private equity sponsors, not with Clear Channel, and they should mind their own business.

The private equity firms are awarded ‘specific performance’. This would mean that the banks would have to fund the deal, costing them anything up to US$3bn, because of the disparity in share price between the agreed level and today’s level. It would mean that the courts had dismissed the claims of the banks that they were not liable for carrying out the loan, and that the terms of the debt agreement were indeed legally binding.

Graham Huntley, a partner at UK law firm Lovells, points out that these kind of disputes between banks and private equity firms are quite common, but that it is rare for them to reach the courts. Banks are always vacillating or dragging their heels, he says. “It is always possible to renegotiate terms, which irritates the private equity firms, but it’s unusual for it to cross the line and questions of legality arise.”

The private equity firms are awarded monetary damages. This would mean the private equity firms being compensated for losses sustained and for gains prevented by the breach of contract. This could include the cost incurred by the firms to get alternative funding, alongside consequential damages – the loss of profits from failing to complete this acquisition, if they can reasonably be measured.

An interesting secondary development, if this scenario should transpire, would be for the private equity firms to pay Clear Channel US$500m or US$600m from their win and keep the rest of the award, or else agree to split it with Clear Channel.

The range of possible outcomes is wider yet than these three, with the Texas suit adding a little southern spice to the mix. What each party will need to consider as proceedings ensue, is the impact on their reputations. Will banks be keen to do business with Bain or THL in future? Will private equity firms want to borrow from these banks? Will anyone want to acquire Clear Channel? And, in the rush to be seen as tough and a ‘winner’ in the courtroom, will they emerge with any credit as human beings?