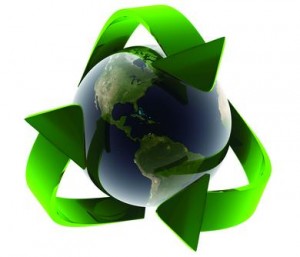 With a rush of international firms raising cleantech funds, this sector has become one of the most popular areas for investment almost overnight. Globally, the amount of venture capital invested in this up and coming sector in just Q2, 2008 was US$2bn, double the amount recorded last year, according to . High oil prices and the rise of the environment up the political agenda have made this an attractive area for investment worldwide.

But the Nordic region has something of a head start in this area. Scandinavian countries have long been known for the importance they attach to the environment and energy efficiency. Sweden, for example, cut its carbon emissions by 9% between 1990 and 2006 – a time when other economies were busy increasing theirs or missing their Kyoto treaty targets by some margin.

With a heritage and culture of green thinking, the region has the know-how and technology base that could make it a world leader in the field. Indeed, Norway has spawned one of the world’s biggest solar energy players, , which floated in 2006 with a valuation of US$8bn.

Both entrepreneurs and VCs will be hoping to replicate this kind of success across the region. “The IPO was one of the biggest Norwegian successes ever,” says Marius Juul Møller, corporate partner at in Norway. “And now we are seeing a lot of companies linked to alternative energy technologies coming to the surface. We’re also seeing a lot of deals related to the oil and gas industry here in Norway. There is a lot of interest around technologies that make oil and gas more efficient as well as those surrounding carbon capture.”

“Everyone is looking at cleantech,” says Staffan Ingeborn, managing investment director at InnovationsKapital. “Of course, people did invest in it before it was called that, but they never really made any money in it. It’s different now. We think it’s here to stay because there is so much interest in it and you can see where the international money is going.” Last year, his firm invested SEK30m (€3.17m) in , a Swedish developer of transformers.

Danish state-backed investor Vaekstfonden is also interested. “Cleantech is one of our priorities in our direct investment programme,” says CEO Christian Motzfeldt. “There is increasing deal flow in this area – we’re seeing a lot of recycling businesses, companies linked to different energy sources and technologies to improve energy efficiency.”

The sector’s popularity is echoed by Anders Malmström, corporate partner at DLA Piper in Sweden. “Deals in cleantech have really picked up in Sweden,” he says. “It’s one of the most active areas and investments are being made across the spectrum from very early stage to larger investments in wind parks.” He points to investments such as last year’s growth financing package for biofuel combustion plant supplier by ’s technology fund.

The region even has its own network dedicated to this space. Cleantech Scandinavia now has over 30 members, the majority of which are VC firms such as , and . The aim of the group is to connect cleantech companies to each other, to VC firms as well as providing international links – the group has formed a partnership with the . It is also putting on a Cleantech Capital Day in Finland later in the year.

And, in addition to more generalist funds investing in the sector, Scandinavia now has its own specialist cleantech investors. Sustainable Technologies Fund is one. Established in 2006, the firm has made investments in bio-energy company and, earlier this year, in solar power specialist . The other is a joint venture between and . Together, they are targeting between €100m and €160m for investment in Nordic cleantech enterprises. Research completed by the two organisations suggests that there are as many as 2,000 cleantech businesses based in the Nordic region.

Of course, with such a wealth of opportunities, Nordic VCs will not be alone in their interest in the market. Indeed, earlier this year a conference entitled Nordic Green was held in Palo Alto to bring together US VCs and Nordic cleantech companies. It’s also noteworthy that Renewable Energy Corporation was backed by international VCs such as . With a lack of capital paralysing some of the local players, the best option may well be to partner with firms from outside the region to share the cleantech spoils. “We are seeing more international VCs looking at the Nordic market, as many of them are better capitalised than a lot of the Nordic VCs and can provide more growth capital,” says European Investment Fund head, equity investments, Ulrich Grabenwarter. “But they are not going in on their own – they tend to rely on the local Nordic players for deal flow.”