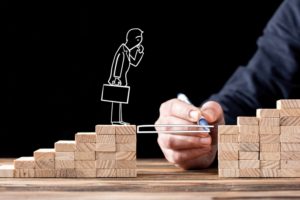 In the fast-growing GP stakes funds space, it is not clear whether private equity successions are playing a major role in driving deals. What is clear is the funds themselves are becoming key to helping PE firms address generational-change issues.

GP stakes funds – which acquire minority positions in private equity firms in exchange for a share in income – have emerged strongly in the past few years, engaging some of the industry’s biggest names. Between 2014 and 2018, Bain & Company reports, 119 managers sold pieces of themselves to raise capital, more than double the number over the prior five years.

To back their transactions, GP stakes funds have been amassing in dedicated pools ever larger amounts of third-party capital.

Proliferating GP stakes deals and capital pools are often linked to generational change in the PE industry and the need for firms to renew leadership through succession planning.

This is the view taken in Bain’s 2019 global PE report, which identifies successions as the “primary motivation” of PE managers selling minority interests to date. Without GP stakes funds, the report notes, firms have few options for monetizing the large ownership and carry interests of founding partners nearing retirement.

Successions, however, are not usually among the publicly cited reasons for doing deals. Bain attributes this to PE firms looking to avoid the appearance that they are “cashing out the team responsible for historical performance.”

Not everyone agrees a direct link exists between PE successions and the majority of GP stakes deals. Michael Rees, founder and head of Dyal, tells Buyouts this perspective “couldn’t be more inaccurate.”

In Dyal’s experience, Rees says, the number of transactions with a succession focus account for about 4-6 percent of the total. Even when PE managers are actively planning for a succession while selling a minority interest, it is rarely “the main driver,” he says.

Instead, PE firms mostly seek permanent minority capital to bolster the balance sheet and fund other priorities, such as GP commitments to new offerings and strategic growth initiatives, Rees says. For Dyal, funding GP commitments to “ever larger funds” is the single largest category, making up 60-70 percent of all deals, he says.

Even if successions are not a major impetus for most GP stakes deals, the topic of managing generational change in PE firms is nonetheless vital to GP stakes funds.

GP stakes funds essentially make long-term bets on PE managers and their ability to perform and generate continuous income streams from carried interest and fees. A key to ensuring this is strong firm-level leadership with a plan for eventually handing over control to younger principals.

When evaluating a deal, Dyal views issues relevant to longevity as “cornerstone criteria,” Rees says. One measure of a PE firm’s commitment to long-term sustainability, he says, is a “succession mentality” embedded in the culture – driving everything from sharing economics to attracting and retaining fresh talent.

The pre- and post-investment processes of GP stakes funds like Dyal give assurance to limited partners that a PE firm’s succession challenges are being addressed effectively, Timothy Clark, a partner in Goodwin’s private equity group, tells Buyouts.

Clark, who advises PE shops on minority interest sales, says that by “doing their homework” buyers contribute to LP perceptions that a manager is on a healthy and long-term trajectory. GP stakes funds, in other words, lend the “good housekeeping stamp of approval,” he says.

GP stakes funds have up until now paid most attention to top-tier PE managers. The evidence suggests, however, that they are diversifying investment activity, including looking at smaller-size firms and building a presence in the mid-market.

As this happens, Clark says, the result could be not only better capitalized firms across the PE spectrum, but more of the “right conversations” about succession planning.

Read Justin Mitchell’s feature on succession planning, “GPs get proactive about planning for the future”, here.