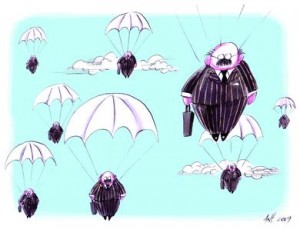 Newly appointed CEOs at firms such as Candover, Cinven, 3i, PAI and Terra Firma will have to commit long hours to sorting out ailing portfolios, figuring out the best way to raise a fund in 2010 and face banks who are unwilling to lend.

Venture capital firms are also looking for new leaders but succession plans are not as clear cut as they are at the more institutionalised buyout firms (p56). The personnel changes on p34 highlight the clutch of high ranking departures of the past two months. Poor performance, a difficult cycle and age are key factors in some executives’ flight to freedom (p7).

The final quarter of 2009 will be crucial to many private equity firms. The Institute of Chartered Accountants’ index of business confidence revealled that the UK recession is ending. Germany and France have already announced growth in the second quarter of 2009 and LPs are planning to recommence investment in 2010. Which means that over the next few months cash is available.