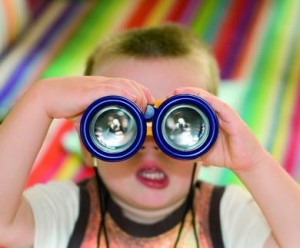 Take us back 15 years to when you first launched – what was the placement agent and secondaries market like then and how did you attract your first clients?

As far as private equity is concerned, 1992 was prehistory: not much more than US$15bn of assets under management (versus 100x time more today), a few LPs in North America, very few in Europe (close to none on the Continent), almost no placement agents (a term which didn’t exist at the time!). The secondary market was non-existent: a few transactions here and there, probably less than US$50m of transactions.

Yet, it was clear to some, including Triago’s founder, that this attractive asset class was ‘the next big thing’. Europe was particularly interesting: 90% of the teams were captive to banks and other financial institutions, contrary to the US where most teams were already independent and managing third-party money. Most of these European private equity fund managers were looking at their US counterparts with envy: decision-making power, carried interest, etc. But the third-party money was almost entirely in North America (and to some extent already in the Middle East and Asia, especially with a few Sovereign Wealth Funds – that everyone seems to be discovering today!) Triago’s business concept was thus very simple: help European private equity fund managers become independent by raising third-party money in North America and the Middle East. And that’s exactly what Triago did from 1992 to 1998. Triago’s first clients were not so difficult to convince (even if Triago was a start-up), and for a clear set of reasons: the team had a clear focus, good credentials and no competition.

How has the team and structure of the business evolved since then?

Fifteen years ago the business model was simple: raise money for fund managers in Europe with relatively mainstream investment strategies (buyout or venture) from a relatively finite number of investors in the US, and some parts of Europe.

In 1998, as European investors – notably in Northern Europe – were opening up to the asset class, they naturally turned to the US to find the most experienced GPs. Leveraging on our transatlantic experience and presence, Triago quickly grew as a credible agent for US GPs looking for European money, which eventually lead to our opening of the New York office.

During the same period, Triago was increasingly getting involved in secondary transactions, essentially helping our investors with the sale of individual interests. With the growth of the market, this requested building a stronger transaction team which eventually led to the set-up of a dedicated secondary execution team in 2004: .

Today, Triago offers services to both Limited Partners and General Partners, on both the primary and secondary markets: raising capital for GPs and helping both GPs and LPs with their liquidity issues. In summary:

Triago is an integrated primary and secondary service offer, geared towards serving both LPs and GPs.

The team has 25 staff members with 15 key professionals of 11 nationalities located in three offices, in New York, Paris and Dubai.

Increased sophistication is required to hire a team with a diverse background to complement our execution capabilities on both primary and secondary markets. We look for a fundraising and investor relations background, sales background, but also M&A and private equity investment background.

Increased competition in the primary (fundraising) market stimulates us to remain on the ball by scouting new best in class teams in niche, less mainstream investment strategies (value activism, turnaround, value-added niche plays, emerging markets/managers) We view our role as one of an introducer of investment ideas for sophisticated investors around the world: “matching smart money with smart investment plays.”

In 2002, Triago “introduced” WL Ross to many prominent European investors (at the time, the strategy was quite a hard sale) – today, we are working with innovative value-activist groups, special situation investors and other niche players as well as more mainstream groups.

We are seeing increased activity. New markets (notably the Middle East and Asia) are emerging and are in strong demand of investment opportunities as well as market “intelligence.”

The secondary market is rapidly evolving and increasingly a sophisticated market. Our secondary execution team is involved in more and more structured deals. We’ve considerably had to grow the team to add new analytical and structuring capabilities.

Can you describe some of the landmarks you feel have helped shape the private equity market as it is today?

The main reasons for the asset class’ success (assets under management grew 100 times in 15 years) is twofold: private equity funds performed well overall and other investments did not have the same attractive risk/return profile. For many, private equity has been viewed as a pretty safe place with solid double-digit returns. Hence all the new monies put to work in this asset class: many institutions (and many high net worth families) went from a zero percent to a 5% to 10% allocation within relatively few years.

In the past 15 years, we can say that two major waves shaped the asset class: the Internet wave and the growth of venture capital (until 20002001) and the buyout wave. Until very recently, the credit market played a significant role in the asset class’ expansion: its huge appetite for buyout financing combined with low interest rates led to increasingly “friendly” borrowing conditions and have allowed for many recaps, quick flips, etc. Together, this made the asset class even more appealing. Returns were very satisfactory overall and liquidity, through distributions, was plentiful.

That’s looking at today… just before yesterday. Of course, the credit market situation has evolved which could eventually lead to a period of readjustment. The same way private equity had largely grown in the late nineties driven by venture capital until the Internet bubble. However, today’s environment is not comparable with the Internet era. Both the asset class and its players are more mature, more professional, and much of the underlying investments are made up of “real” assets…

How have the primary and secondary markets evolved and complemented each other in your experience over the years?

Initially a distress market, the secondary market is now essentially used as a portfolio management tool – the market(s), however, are still largely inefficient. As a market insider (intermediary!) we are ideally positioned to affirm this. The main participants were initially LPs: banks, a few institutional, corporate pension funds. Today, both LPs and GPs are using the secondary market to carry arbitrages within their portfolios. In certain ways, the frontier between the primary and secondary markets is fading: notably with the increasing number of stapled deals and other primary-secondary deals that are being structured. With regard to investors (or buyers), there too the market has evolved: the secondary market is no longer an exclusive playground for a handful of dedicated secondary specialists: family offices, pension funds, insurance companies in the US, in Europe and now even in the Middle East are accessing the market to invest or to find liquidity for their investments.

How does Triago-X compliment your placement agent business and vice versa?

There are clear synergies between the two businesses. Triago-X is not a separate business; it is actually part of our business. Triago-X effectively regroups a dedicated execution team, focused on secondary transactions. Secondary transactions require a number of different skills than straightforward fundraising. The team is involved in transactions which can vary from broker-type mandates (putting a seller in contact with a buyer) to complex M&A type deals with demanding structuring and transaction execution needs.

Overall, the strength of the model resides in the powerful synergies between our primary and secondary experience, leveraging on our 15-year fundraising experience and access to a strong and diverse base of investors (and secondary buyers) around the world.

In some cases, our secondary business has had us work for very large top-tier private equity teams who typically do not use agents for their fundraising but who very clearly recognised our value-added in secondaries. Eventually, this even led to having these groups want to work with us on very specific fundraising missions.

How do you see the next 15 years of the private equity industry evolving?

More money. A real asset class. A new form of active capitalism for both unlisted and listed entities. A blurring frontier between private equity and many hedge fund strategies, alternatives win!

Antoine Dréan is the founder and managing partner of Triago, an independent company specialising in the fundraising and secondary purchases of a portfolio of private equity funds.

Dréan created Triago in 1992 with the aim of helping European private equity teams to raise capital in the US and vice versa. Today, Triago is in the top five globally within its field. The company is comprised of 20 people, including 14 partners, located in Paris and New York. To date, Triago has completed more than 100 major transactions in 12 countries with more than 340 investors in 28 countries. Triago is also focused on secondary transactions with its specifically dedicated branch, Triago-X.

Dréan is a graduate of Wharton (MBA ’92). He started his professional career re-establishing businesses in difficulty (1986 to 1988) and then went on to create and sell to an American corporate bank a boutique for financial business advice (1988 to 1990).