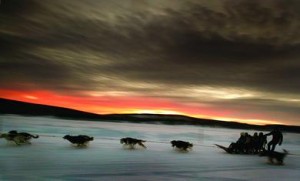 As some of the most enthusiastic backers of the private equity industry in Europe, the governments of the Nordic countries have been paying close attention to the unfolding drama emerging from the European Commission and its efforts to crack down on the market.

One of the first moves taken by the Swedish administration when it inherited the rotating presidency of the European Union in July was to issue a statement in defence of private equity against what it saw as over-zealous regulatory proposals, with the country’s finance markets minister Mats Odell saying: “There is an exaggerated fear that private equity contains big systematic risk. Our opinion is that it does not.”

“It is not private equity that caused the crisis, nor hedge funds,” said Odell. “But in some countries, the political debate portrays private equity and hedge funds as the problem. That’s not the same thing as saying we shouldn’t regulate them. But the aim is to have sound regulation and not to kill the industry.”

Sweden will chair the discussions at which the EU government ministers will assess and potentially amend the proposals.

It is telling that Sweden was so prompt to come out in the industry’s support. For many years, Nordic countries have nurtured and grown a host of enterprises through private equity and venture capital, through alliances with academic institutions and with corporate giants such as Nokia and Eriksson. Burdensome regulations could have a disproportionately severe effect on the region, as it attempts to emerge from recession along with everyone else.

Each of the main Nordic countries has a government-run venture capital fund augmenting the flow of capital into the sector. Across the region as a whole, the venture capital sector accounts for 0.23% of GDP (2007 figures) versus 0.22% in the US, 0.79% in Israel and 0.8% in California, but only 0.099% in Europe as a whole.

The Nordic region has a strong track record in IT innovation, built up over the past 20 years. From a society based largely on agriculture and heavy industries such as mining, with a few stand-out engineering firms such as Saab and Volvo, the countries reinvented themselves as hi-tech crucibles of invention in the 1990s, with Nokia and Eriksson pioneering a new electronically-based society and then a host of start-up companies emerging in Stockholm, Oslo, Copenhagen and peculiar outposts such as Oulu, close to the Arctic circle in Finland, where Nokia has a large research centre.

Many of Finland’s recent technology innovations, particularly in telecommunications, have originated in Oulu, where the local authority created a pioneering wifi system covering the whole town earlier than just about anywhere else in Europe. New capabilities such as connecting your mobile phone to your home heating system or your car have been developed by Nokia in the city, while a host of innovative companies have been attracted to the city by tax incentives and the promise of close collaboration with multinational firms.

Across Finland, biotechnology centres that act as catalysts have been established in conjunction with universities. The main centres are in the Helsinki Metropolitan area (southern Finland), in Turku (in the southwest), Tampere and Kuopio (central Finland), as well as Oulu, and they bring together commercial biotechnology enterprises and university-based research units with a biotechnology focus, and all have incubators and support services for start-up companies.

Elsewhere, venture capital firms like Northzone invest in cutting edge technology, typified by Tobii, an IT developer which has created a software system controlled by eye movements, to be used by people with disabilities.

While government funding has helped, the trend towards later stage investment in cash-positive companies with proven track records (and away from more speculative start-up outfits) has continued. This was already evident in mid-2008, as the credit crunch began to take effect and new sources of funding dried up. A year later, the effect is yet more pronounced, with new funds completely absent and seed funding extremely rare.

Cleantech has been one of the star sectors in the Nordic region for some time, thanks to the engrained environmental thinking of local governments and helpful factors such as rising oil prices, awareness of climate change and a willingness from both national and overseas investors to put money into the sector.

A recent example is RWE Innogy, the renewable power arm of Germany’s RWE, which has used its venture capital arm to take a minority stake in Denmark’s Stirling DK, a manufacturer of distributed cogeneration systems which generate energy from low value biomass such as woodchips, and Swedish company Mantex, which measures the moisture and ash concentration of biomass in a plant, helping to improve the quality and efficiency of the system.

Wind energy has powered ahead in the Nordic countries, and not only in Denmark, which has the greatest concentration of wind industry participants, but also in Norway, where ScanWind recently sold to GE Energy for SEK130m.

According to Christian Motzfeldt of Vaekstfonden – the Danish government-backed venture fund – more than half the capital going into the venture sector in Denmark comes from outside the Nordic region, whether from the UK, France, the Netherlands or Germany. But most comes from the US.

“We’re seeing US investors involved in at least a third of current deals,” says Motzfeldt. “It has been a strategic plan for most VCs to globalise and become a part of a VC community, with a network of co-investment partners,” he adds. “There are a number of interesting opportunities at the moment – companies that need capital, with scalable business plans.”

“The Danish Government is contemplating a ‘sizeable’ investment in venture capital,” says Motzfeldt. “It has implemented a number of packages designed to lift the economy and improve the banking sector. Now it wants to lift the innovative capacity of the economy, just as Finland has put €140m into an innovation investment fund and Norway has put NK2bn into its Argentum fund of venture capital funds. They’re concerned about the growth potential of the economy over the longer term,” he adds.

Along with the inevitable difficulties in raising finance, Motzfeldt has found that the recession has made investors more choosy and careful, and more keen to work with co-investors who can keep track of investee organisations.

However, he is optimistic that the recession has had a variety of positive impacts on the Danish venture capital scene. “There may be fewer deals around, but they are of a higher quality than five years ago. We are seeing more serial entrepreneurs, more skilled managers and more carefully written business plans,” he says.

At InnovationsKapital, founder Staffan Ingeborn’s optimism stems from having seen the Stockholm bourse rise by 30% since the beginning of 2009, along with generally more benign trading conditions, even if he believes full recovery is still some way off.

“To get start-ups funded by venture capital companies is now very difficult,” he says. “People are looking at later stage companies, growth companies with proven business models. But the government-financed seed funds are functioning quite well. It’s certainly better than the previous recession. Since the backlash against the late 1990s bubble, governments have developed ways to do seed funding. It’s fairly robust and stable.”

Ingeborn argues that cleantech interest is muted, with more attention going to IT, health and medtech – “the traditional sectors” – while InnovationsKapital has most recently invested in a provider of online project management tools called Project Place, with a turnover of around €20m.

“All activity has come down sharply,” says Ingeborn. “The number of deals are fewer, the funding rounds are smaller, so there is less money coming in and the exit market is virtually closed. The only M&A that’s being done is on very unattractive valuations.”

Even so, he is confident that the market will bounce back before long, since the ability of Nordic countries to foster innovative new technology and transform it into commercially viable products and services has not disappeared overnight. “Where there are good business models, people are queuing up,” says Ingeborn.

At Siguiente Capital in Stockholm, chief executive Henrik Ljung has found that portfolio companies are struggling as they take longer to reach fruition and need to approach his company for top-up funding.

“There are few attractively priced targets because people have higher expectations than we would like to pay,” he says. Ljung expects a full recovery by Q3 of 2010, but until then he is concentrating on IP telephony and interactive marketing, noting that search engine optimisation and online advertising have effectively bucked the downturn. “People like the control they have over online advertising spend, and the way they can track visitors and see returns.”

He predicts a major consolidation in the industry, echoing the M&A frenzy that gripped the advertising industry in the 1980s and 1990s, as inefficient marketing and advertising companies are acquired by sharper rivals.

By the end of 2009, the financial markets will begin extending credit on easier terms, Ljung believes. “They will be more risk willing and therefore cheaper,” he argues. “I think a lot will change in the next year as it becomes easier to get financing.”