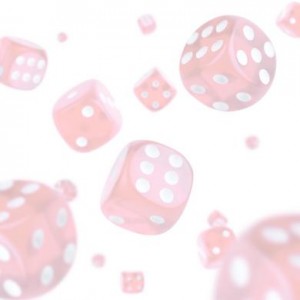 With the maturing of CEE markets such as Poland, investors are increasingly looking to the region’s second-largest country, Romania, for future growth. With a population of 22 million, membership of the EU and high economic growth rates, Romania offers a number of attractions.

But there are also downsides, such as a potentially overheating economy and an under-developed market for executing deals, as well as the relatively small size of many target companies.

Law firm opened an office in Romania earlier this year. Partner Hugh Owen says: “The relatively large population and the fact Romania is behind much of the rest of the CEE in its development makes it attractive.” GDP growth this year could reach 9% or 10%, he says, although there is some concern about the economy overheating.

The main drivers of economic growth this year are strong consumer demand, a good harvest and a buoyant property market, although the latter is now experiencing a slowdown. Economic growth in the year to the end of Q2 was 9.3%, the highest in the EU.

In terms of the kind of sectors that are of interest, Owen says that PE houses have diversified from sectors such as telecoms, which were extremely popular a few years ago, to areas including retail and consumer-oriented businesses. “People can still see the potential for growth in markets like Romania in areas like financial services,” he says.

Stanislaw Knaflewski of Enterprise Investors says the firm has “made a bet” on Romania and has its biggest local team, outside its Warsaw head office, based there. “Romania has been defying some of the macroeconomic predictions with its stellar growth, and while such high growth rates are likely to slow down in the near future we remain optimistic about Romania’s fundamentals.” But he points out that the Romanian economy is significantly influenced by farming and the harvest this year is forecast to be very good, unlike Poland, where there was a poor harvest.

Nevertheless, there are some concerns about the macroeconomic environment. The IMF has said Romania is more vulnerable than many other countries to the global uncertainties because of a large current account deficit and loose fiscal and wage policies. There are fears that the economy could be particularly vulnerable if foreign investment flows were to dry up, as they are plugging the gap in the current account deficit.

Foreign direct investment (FDI) this year is expected to reach €10bn, according to the Government, up from €7bn in 2007. There are some fears that the centrist Government, which carried out reforms at the beginning of its mandate four years ago, will allow wages and welfare spending to rise ahead of elections at the end of November.

Thierry Baudon of says the firm has not invested much in Romania, largely because the size of deals is generally too small. “In a few years it might be different and we might then be looking to open an office.” While there has been a privatisation programme for large-scale companies, says Baudon, it is geared towards utilities and private equity cannot compete with the large utility companies because of their lower cost of capital.

Baudon says: “There is a large number of small and medium-sized deals, mostly in sectors like distribution, retail, light industry, building materials and agribusiness, but they tend to be too small for us because we’re looking to put in at least €100m in equity.”

Allen & Overy’s Owen says there is still a large untapped market in Romania for a variety of products and services. “A lot of the current businesses were started 10 to 15 years ago in someone’s back garden and are now worth €50m or more. Many of the founders are now looking to sell because they’re getting older and want to enjoy the fruits of their hard work, or perhaps are looking for more capital to expand.”

Romania has become increasingly visible on the radar of PE houses targeting the CEE, says Owen: “There is quite good deal flow there compared with many other CEE markets and when we talk to our PE clients that are interested in the region they always want to discuss opportunities in Romania, as well as more established markets.”

He adds: “Some of our PE clients are looking to acquire some quite large financial institutions across the CEE region and Romania is one of the countries they’re looking in.”

Christian Mruck of Advent International says that the firm has viewed Romania as a high-potential country since the late 1990s: “It’s not always been easy but we’ve had a good run there in the last four or five years and made some substantial investments and exits.”