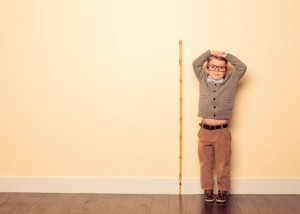 The turbulent environment could prove to be an attractive opportunity to buy stakes in energy-related vehicles at discounts. However, it’s still too early to tell if limited partners will be compelled to sell at slashed prices.

“There has been a huge amount of money raised and invested with management teams in (oil) production and around ancillary services business,” one secondary GP said. “LPs will be watching results closely to see how hard the managers can work the companies to make it through.”

The potential opportunity with energy funds is just one of several possible drivers of volume this year on the secondary market, which broke volume records last year. For 2014, volume tallies range from $42 billion, as calculated by intermediary Cogent Partners, to $49.3 billion, as tallied by intermediary Setter Capital.

Consider this, when Cogent Partners was launched in 2001 total volume was somewhere around $1.2 billion, according to firm co-founder Scott Myers. “When we started this business in 2001 we thought it would be a small business,” Myers said.

It’s hard to imagine there was a time when selling a stake in a private equity fund on the secondary market was an event looked on with shame and scorn by some LPs and GPs.

GPs 10 years ago didn’t want anyone to know when one of their limited partners decided to bail out of a fund, putting the interest up for sale to the highest bidder. It was considered a sign of dissatisfaction with a fund and an investment team.

LPs, on the other hand, preferred people didn’t know they were selling a fund for fear they would gain a reputation for not sticking with a manager for the long term.

Today most of the negative perception is gone, as the private equity secondary market has gone mainstream.

This is good news, not only for secondary market practitioners, but also for private equity as a whole, because any sophisticated asset class needs mechanisms for liquidity to offer investors. It’s just another sign of how far private equity has come.

Several firms raised multibillion-dollar funds, like Ardian, which invested $10.8 billion last year, and Lexington Capital, which closed its seventh fund on $7 billion in 2011 and is in the market for its eighth fund reportedly targeting $10 billion.

These firms spent money last year. The record-breaking deal volume in 2014 was driven by the prevalence $1 billion-plus deals, Cogent said in its full-year volume report. There were 12 deals last year valued at more than $1 billion, Cogent said, more than three times the previous year.

Volume also was driven by direct secondaries, which include GP restructurings, one of the newer strategies within the secondary market. Direct secondaries more than doubled from $5.3 billion in 2013 to $11.1 billion last year, Setter said.

Fund restructurings are another sign of just how comfortable LPs and GPs have become with the secondary market. These processes are generally ways for GPs to give liquidity to LPs in older funds (usually at a discount), and in many cases GPs get recapitalized to finish off remaining investments in an older fund.

“GPs are viewing it more and more as a real liquidity option,” said Peter McGrath, managing direct at Setter.

Another factor driving the growth of secondaries is the increase in sales of “non-traditional” funds, including real estate, infrastructure, hedge funds and distressed funds. Sales of those types of funds could represent “another huge wave of secondary volume,” Myers said.

Real estate, especially, is quickly becoming another big part of this market. Real estate secondary volume in 2014 was $6.8 billion, a 32.5 percent increase from the prior year, Setter said.

It remains to be seen if energy funds will become a major component of deal activity this year. Private equity portfolio valuations, which lag by a quarter, are still based on September numbers. Investors are waiting to see what the year-end numbers look like to determine just how badly some of the energy-related private equity portfolios have been hit by the price decline.

Sam Green, a private equity investment officer with the Oregon State Treasury, agreed. “I don’t think there will be a rush for the exits,” Green said.

Still, some LPs have been getting skittish in the current environment and today’s high-priced secondaries market could prove a strong incentive for investors to dial back their energy exposure.

Private equity energy funds raised $42.4 billion last year and $45.3 billion in 2013, making it one of the top strategies for limited partners to park money. The fundraising flood for energy could indicate a strong future for secondary activity down the line as LPs look to re-balance portfolios that are too heavily weighted toward one specific strategy.